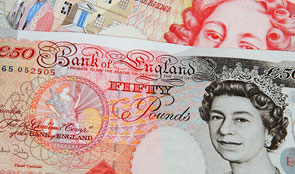 Government has given less attention to grants than to other policy funding mechanisms, despite grant funding being higher in value, making up 41 per cent (£292 billion) of its total expenditure.

“Grants can be an effective method of achieving policy objectives, but should not be the default option as other alternatives may offer better value for money. There is no central good practice guidance and limited central data to support departments in implementing efficient and effective grant programmes. The Cabinet Office has begun work to improve government's use of grants, but this is at an early stage and will need more support from departments to be successful.”

Government has given less attention to grants than to other policy funding mechanisms, despite grant funding being higher in value, according to the National Audit Office.

Government spending on grants makes up 41 per cent (£292 billion) of its total expenditure of £715 billion. Despite this, the use of grants is less developed as a practice than other government funding activities.

A large number of government bodies provide grants to around 850,000 recipients, including charities, private companies and individuals such as grant payments to students. In 2011, the National Fraud Authority estimated that in 2009-10 grant fraud cost the taxpayer £515 million. In October 2012, the Cabinet Office formally launched its Grants Efficiency Programme to improve the effectiveness of government grants and identify savings in grant fraud and administrative costs. Although the programme has been hampered by incomplete data and a lack of resources, it is now gaining momentum.

Furthermore, different parts of government are providing grants to the same recipients. In some cases, universities and charities are receiving more than 10 different grants. With a lack of information on recipients beyond that held by individual programmes, the government typically cannot identify whether recipients are receiving other payments.

The NAO finds that the government has started to benefit from using alternatives to grants, but some departments use grants without systematically considering alternatives. Departments do not consistently evaluate the implementation and outcomes of their grant programmes.

The NAO concludes that departments and central government have a role to play to address these issues. The Cabinet Office, departments, and arm’s length bodies with responsibility for detailed grant allocations will have to work together to address these challenges before government’s use of its grant funding as a whole can demonstrate value for money.

Amongst the NAO’s recommendations are that government departments with grant programmes should share information on their grants and recipients with other departments and the Cabinet Office.