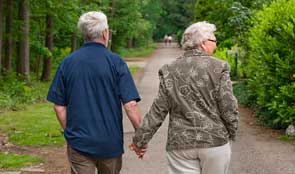 Measures to encourage people to save for retirement are not being managed by Departments with enough coherence or accountability.

"The Government is implementing a range of individual measures to help reduce the future cost for the state of people living longer and not saving enough for their retirement. But these measures are being managed by a variety of departments and public bodies and there is not enough coherence and accountability. What is needed is for the Government to take a more holistic view of its portfolio of interventions, how they interact and their relative costs and benefits. It should be more active and effective in influencing citizens to save more and plan more effectively for retirement, and in seeking to change the negative attitudes of some employers towards older workers.”

Government measures to reduce the liability of the state for supporting people in their retirement are being managed separately, without adequate consideration of their combined impact on the overall objective of increasing retirement incomes. According to a report today by the National Audit Office, there is no overarching programme or single accountability for encouraging people to save for retirement.

The Treasury leads on overall savings strategy, and DWP on workplace saving but, without a whole system view, the NAO believes there is a risk that individual, but co-dependent interventions may not be effective in increasing saving for retirement.

Today’s report highlights the significant consequences for the taxpayer as people live longer and spend longer in retirement and have increasing social and healthcare needs. Spending on the state pension and pensioner benefits increased from 5.5 per cent of GDP in 1990 to 6.9 per cent in 2011-12, in part because of the growing pensioner population, but also because of increased spending per capita on pensioner benefits. The Government expects to reduce the potential long-term spending liability by increasing the future state pension age, introducing automatic enrolment into workplace pensions and changing the state pension.

The NAO finds, however, that the existing initiatives to manage this problem face challenges. Government is working to change employers’ attitudes towards older workers and has broken down some of the barriers to a longer working life by abolishing the default retirement age, but it does not have a formal published strategy to influence employers.

The success of encouraging saving for retirement through automatic enrolment into a pension, which began in October 2012, also depends on the responses of individuals, pension providers and employers – in particular on the proportion of employees who remain with the schemes.

The value of the UK state pension, as a proportion of pre-retirement earnings, has historically been low compared to other developed countries, and projections for future spending on state pensions and pensioner benefits as a share of GDP may prove too optimistic. The long-term costs for government remain highly uncertain. The actual residual liability on the state created by lack of saving for retirement is not known and will be determined by such factors as trends in healthy life expectancy, inflation, GDP growth, investment returns, migration and house ownership and the outcomes of measures to increase saving and extend working.