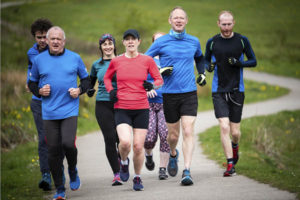 This report examines whether DCMS and Sport England have achieved value for money for spending on sport and physical activity.

The London 2012 Olympic and Paralympic Games ran at an overall public cost of £8.8 billion. The government committed to a lasting legacy, including an increase in grassroots sports participation. Successive governments have since adopted strategies to further their objectives for grassroots sport and physical activity. These strategies have highlighted the role of physical activity in supporting the government’s wider strategic objectives, such as levelling up and tackling obesity.

The Department for Digital, Culture, Media & Sport (the Department) has overall policy responsibility for maximising participation in sport and physical activity. In 2015, it set out its strategic objectives of:

This study focuses on the Department’s efforts to increase participation in sport and physical activity. It directs most of its spending for this objective through Sport England, its arm’s length body created in 1996 to develop grassroots sport and get more people active across England. Sport England receives around one-third of its income from the Exchequer, with the remainder from the National Lottery. It has spent an average of £323 million a year in the six years since 2015-16, totalling £1.9 billion, and is accountable to the Department and Parliament for how it spends its funding.

This report examines how far the Department and Sport England have achieved value for money in their spending on grassroots sport and physical activity amongst those aged 16 and over, and have supported value for money in the system-wide spending across government. We consider the decade since the London 2012 Olympic and Paralympic Games, with a particular focus on the period since 2015, when government launched its Sporting Future strategy. We also consider the impact of the COVID-19 pandemic and the constraints it has presented for the Department and Sport England in achieving their objectives. We examine the following:

The Department has made mixed progress towards its objectives of increasing participation, tackling inactivity and reducing inequalities in activity levels since it changed its strategy in 2015. Achieving this kind of behaviour change at a national level contributes to a range of social and economic benefits, including from improved physical and mental health, but it takes time. The Department has shifted its approach since 2015 to build on lessons learned, including targeting spending towards the inactive, trialling more localised approaches, and running behaviour change campaigns to tackle barriers to activity. The proportion of active adults saw a modest increase nationally before the COVID-19 pandemic, with mixed results in less active groups. Activity rates fell during the pandemic, exacerbating some of the existing inequalities. The Department now faces the challenge of recovering its previous gains, from a lower base, and tackling persistent inequalities in participation.

While highly disruptive for sports and physical activity, the pandemic has also prompted positive change, increasing the Department’s collaboration with the sector and focusing the government’s attention on the health benefits of exercise. This, together with the launch of the Department’s and Sport England’s new strategies, which are building on past lessons learned, presents an opportunity for renewed progress. However, as at June 2022 the Department and Sport England have yet to produce a robust plan for monitoring and evaluating the effectiveness of their approaches for the future. There is also a lack of effective leadership and collaboration across government. The Department must address these issues to capitalise on the present opportunities and promote long-term value for money gains across Government.