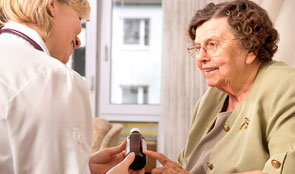 National Audit Office report: Memorandum on the provision of the out-of-hours GP service in Cornwall

A memorandum on the provision of out-of-hours GP services in Cornwall found whistleblowers played a significant role in highlighting concerns about the service.

Whistleblowers played a significant role in highlighting concerns about the out-of-hours GP service in Cornwall, prompting Serco and the primary care trust to take action, a report by the National Audit Office has found. Following a request from the Chair of the Public Accounts Committee, the NAO looked into what had happened.

Among the concerns raised was that Serco had been unable to fill shifts with appropriately qualified staff, with the result that the out-of-hours service was unsafe. A clinical review of the service in June 2012 found no evidence that the service was, or had been, systematically clinically unsafe.

During 2012 Serco regularly had insufficient staff to fill all clinical shifts. It also frequently redeployed some GPs, taking them out of the cars available for home visits and using them to cover clinic shifts instead. In July 2012, the Care Quality Commission reported that the out-of-hours service did not have enough qualified, skilled and experienced staff to meet people’s needs. When it inspected the service again in December 2012 the Commission found that, although the number of clinical staff had increased, Serco needed to take further action because there were not enough health advisers who handle incoming calls.

Serco has not consistently met the national quality requirements for out-of-hours services set by the Department of Health. Performance against the requirements declined significantly following the introduction in May 2012 of NHS Pathways, as required by the primary care trust, a new system for assessing patients’ needs when they call the service. Serco has since taken steps in response to the problems, including using more clinical staff to support the health advisers handling calls, and performance is now recovering.

Whistleblowers raised concerns that Serco staff were altering data about the performance of the out-of-hours service. A forensic audit by Serco, covering every interaction which passed through the switchboard between January and June 2012, found that two members of staff made 252 unauthorised changes to performance data. This represented 0.2 per cent of all interactions with patients during the six-month period.