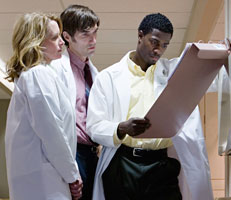 National Audit Office report: Healthcare across the UK: A comparison of the NHS in England, Scotland, Wales and Northern Ireland

Healthcare across the UK: A comparison of the NHS in England, Scotland, Wales and Northern Ireland

The report finds variations in health outcomes across the four nations, and will help health departments examine how better value for money could be achieved.

"We publish this report at a time when the NHS across the UK is under increasing pressure to use resources more efficiently. Funding is tighter while the demand for healthcare continues to grow as a result of an ageing population and advances in drugs and technology. "We consider that there would be value in the health departments in the four nations carrying out further work to investigate the variations in performance and identify how they can learn from each other to achieve better value for money for taxpayers and better care for patients."

The National Audit Office has today published a report highlighting key trends and variations in the delivery of healthcare across the four nations of the UK. The report finds that, despite the shared history and similarities between the four nations, there are considerable variations in areas such as health outcomes, spending, staffing and quality.

Life expectancy varies significantly across the UK – from 75.9 in Scotland to 78.6 in England for men, and from 80.4 in Scotland to 82.6 in England for women. Spending on health services in the UK more than doubled in cash terms in the last decade. The rate of increase has been broadly similar in all four nations but spending per person continues to vary. In 2010-11, despite devoting a higher proportion of total public spending to health, England spent the least on health per person.

In line with the rise in spending, the number of NHS staff has increased over the last decade. Scotland has the most GPs per person (80 per 100,000 people in 2009 compared with 70 in England and 65 per 100,000 in both Wales and Northern Ireland). Scotland also has the most medical hospital staff and nursing, midwifery and health visiting staff per person.

Comparable data on the efficiency and quality of healthcare are patchy. In 2008-09, average hospital lengths of stay varied from 4.3 days in England to 6.3 days in Wales.  Hospital waiting times have fallen in all four nations in recent years, although there are notable variations in how long patients wait for common procedures. In 2009-10 waiting times tended to be lower in England and Scotland than in Northern Ireland and Wales. Across the UK, there have been significant improvements in levels of healthcare associated infections. For instance, in the four years to 2010-11, rates of MRSA infection dropped by a third or more in all nations.