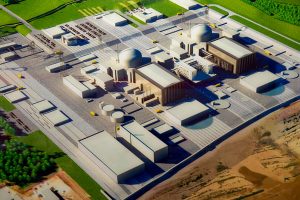 The Department has committed electricity consumers and taxpayers to a high cost and risky deal in a changing energy marketplace. We cannot say the Department has maximised the chances that it will achieve value for money.

“The Department has committed electricity consumers and taxpayers to a high cost and risky deal in a changing energy marketplace. Time will tell whether the deal represents value for money, but we cannot say the Department has maximised the chances that it will be.”

The Department for Business, Energy and Industrial Strategy’s deal for Hinkley Point C has locked consumers into a risky and expensive project with uncertain strategic and economic benefits, according to today’s report from the National Audit Office.

It is a widely shared view that the UK needs some new nuclear power to ensure the lowest-cost route to decarbonisation. But when the Department finalised the deal in 2016 its value-for- money tests showed the economic case for Hinkley Point C was marginal and subject to significant uncertainty. Less favourable, but reasonable, assumptions about future fossil fuel prices, renewables costs and follow on nuclear projects would have meant the deal was not value for money according to the Department’s tests.

Today’s report finds that the Department has not sufficiently considered the costs and risks of its deal for consumers. It only considered the impact on bills up to 2030, which does not take account of the fact that consumers are locked into paying for Hinkley Point C long afterwards. It also did not conclude whether the forecast top-up payments are affordable.

The government’s case for the project has weakened since it agreed key commercial terms on the deal in 2013. Delays have pushed back the nuclear power plant’s construction, and the expected cost of top-up payments under the Hinkley Point C’s contract for difference has increased from £6 billion to £30 billion. But the Department’s capacity to take alternative approaches to the deal were limited after it had agreed terms. The government has increasingly emphasised Hinkley Point C’s unquantified strategic benefits, but it has little control over these and no plan yet in place to realise them.

Today’s NAO report finds that the Department aligned its approach to the Hinkley Point C deal with its support for other low-carbon technologies. This means the private sector bears the risk that construction costs overrun. The NAO’s analysis suggests alternative approaches could have reduced the total project cost. The Department did not assess whether this would have resulted in better value for money for electricity consumers.

There remains the risk that NNB Generation Company Limited (NNBG) will seek further financial support from the government, notwithstanding the contractual terms of the deal. The reactor design for HPC is unproven and other projects that incorporate it are experiencing difficulties. Furthermore, EDF’s financial position has weakened since 2013. The Department plans to develop and maintain alternative ways of ensuring energy security to mitigate the risk of needing to provide additional support for Hinkley Point C.

It will not be known for decades whether Hinkley Point C will be value for money. This will depend on whether the current contractual arrangements endure, along with external factors – in particular, future fossil fuel prices, the costs of alternative low-carbon generation, and developments in energy technology and the wider electricity system.

The Department has, however, negotiated a deal that means some terms can be adjusted in consumers’ favour in future. It must now ensure it has the right oversight arrangements in place to manage the contract in a way that maximises Hinkley Point C’s value for consumers and taxpayers.