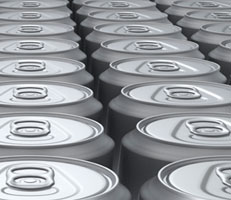 HMRC’s renewed strategy for dealing with alcohol duty fraud is a significant improvement on the previous strategy. However, the Department needs a reliable estimate of the tax gaps for beer and wine; and to tackle successfully the illicit diversion of duty-unpaid alcohol back into the UK market.

"HMRC has estimated that the evasion of alcohol duty could have cost the taxpayer over £1 billion in 2009-10 – and the level of fraud is on the rise. While the renewed strategy to deal with this is more comprehensive than what went before, and the Department has had some early notable successes, it needs to do better in a number of areas. This includes establishing reliable estimates of the tax gaps for beer and wine; and achieving tangible success in tackling the illicit diversion of duty unpaid alcohol back into the UK market."

HMRC’s renewed strategy for dealing with alcohol duty fraud, now covering wine and beer as well as spirits, is a significant improvement on the previous strategy and the Department has achieved some of its early objectives. However, a report released today by the National Audit Office has found that there has been no tangible success achieved in working with industry to disrupt the illegal diversion of duty-unpaid alcohol back into the UK market. There has also been a low level of criminal sanctions against fraudsters.

The Department estimates that the amount lost to alcohol duty evasion could be as much as £1.2 billion in 2009-10, a significant rise from £850 million in 2008-09. HMRC launched its current strategy in April 2009, to take effect from 1 April 2010, but it has no explicit objective to increase the number and impact of criminal investigations and prosecutions. There is also insufficient quality, depth and analysis in the performance information used to inform delivery of the strategy.

HMRC exceeded its key financial objective for 2010-11. The Department set itself a number of key performance outcomes for the year and achieved a number of these, including its principal financial target, achieving £433 million of financial benefits against a target of £390 million. But analysis by the NAO indicates that £43 million of the total £476 million reported as financial benefits were not defensible because of poor quality assurance processes.

According to today’s report, there has been no success in reducing the volume of alcohol legally moved to other EU countries with excise duties unpaid, but then diverted back into the UK for illegal sale. The Department has recorded increased revenue from agents participating in the new Registered Consignee scheme. However, its scheme requiring traders to provide financial guarantees for the duty on alcohol being moved has been less successful as the guarantees required by the Department are far lower than the value of the duty on goods being moved. HMRC has made minimal progress working with industry to secure alcohol supply chains.

In each of the four years to 2009-10, there were convictions in just six cases or fewer for suspected alcohol duties fraud. The Department considers civil sanctions more effective in some cases. During 2010-11, the quantity of alcohol seizures increased to almost 10 million litres – an increase of 61 per cent.