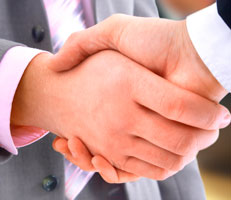 HMRC might be able to increase tax revenues by providing more support to professional tax agents, third parties paid by taxpayers to act on their behalf in their dealings with the Department.

"HMRC could achieve better value for money by increasing the level of tax compliance of taxpayers who are represented by tax agents, while doing more to minimize the costs of its engagement with such agents. The Department has a strategy for working more closely with tax agents but implementation will require a plan detailing how the expected benefits will be achieved. To the extent that there are opportunities to increase tax revenues significantly, it may make sense to incur some short term set-up costs."

HM Revenue and Customs might be able to increase tax revenues by providing more support to professional tax agents, third parties paid by taxpayers to act on their behalf in their dealings with the Department.

In a report to Parliament today, the National Audit Office affirms that good tax agents help their clients get their tax right. But, according to an analysis carried out by the NAO of a sample of tax returns, self-assessed income tax returns filed by customers represented by agents are more likely to have under-declarations of tax (resulting from error, failure to take reasonable care or evasion) than returns filed by non-represented taxpayers. A key reason may be that the tax affairs agents deal with are more complex. However, the analysis indicates that paying for professional help is not without risk for a taxpayer and that there might be an opportunity for HMRC to increase tax revenues by providing better support to tax agents and by better targeting of poorer ones.

Today’s report suggests that a three per cent reduction in the average amount of tax under-declared by represented taxpayers could lead to over £100 million extra revenue each year.

At present, lack of data on individual tax agents prevents the Department’s taking a tailored approach to its dealings with agents and providing feedback on performance. With better use of data, HMRC could make more targeted interventions based on risk and achieve greater value for money.

HMRC has recognized the importance of developing its relationship with tax agents and has taken steps to work more effectively with this group. Initiatives have included the introduction of a priority telephone line for agents’ queries on self-assessed income tax and PAYE. The Department has also encouraged tax agents to file tax returns online.