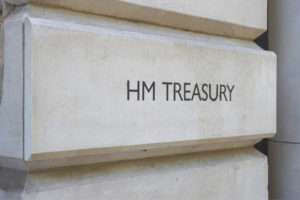 Gareth Davies, the Comptroller and Auditor General (C&AG) of the National Audit Office, has reported on the 2019-20 accounts of HM Treasury (HMT).

He has qualified his audit opinion because HMT incurred minus £2.064 billion of Capital Annually Managed Expenditure, breaching the expenditure limit authorised by Parliament of minus £2.097 billion by over £32 million. This is because of two errors made when calculating the expenditure limit it required: HMT over-estimated the income from the sale of capital items by UK Asset Resolution and failed to accurately forecast capital expenditure relating to the Reservicing Programme for Buckingham Palace.