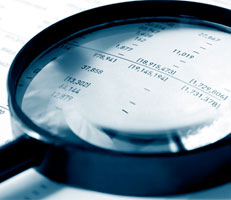 HMRC The compliance and enforcement programme

A major HMRC programme to improve the way it tackles evasion delivered £4.32 billion of additional tax yield, reduced staff numbers and improved compliance work. However the Department is not yet exploiting the full potential of its new systems.

"This major programme has helped HMRC to increase tax yield substantially and has introduced ways of working which will strengthen HMRC's compliance work in future. The Department could, though, achieve better value for money from its investment in compliance work by improved understanding of the impact of individual projects and ensuring that its staff have the capacity to exploit new systems to the full"

A major HMRC programme to improve the way it tackles evasion delivered £4.32 billion of additional tax yield between 2006 and 2011. It also reduced staff numbers and introduced a range of improvements in its compliance work. The Department has introduced new capabilities, notably the use of IT to identify incidences of evasion more effectively, although it is not yet exploiting the full potential of the new systems. It also had to defer and reduce the scope of projects to keep within annual budgetary limits, leading to reductions in benefits.

The Compliance and Enforcement Programme cost £387 million to 2011-12 and was made up of over 40 projects. It aimed to increase compliance yield – the measure of additional tax arising from compliance work – by £4.56 billion between 2006-2011.

The Programme reported additional yield of £4.32 billion over the five years to March 2011. HMRC forecasts that it will generate an additional £8.87 billion of yield between 2011-12 and 2014-15. However, HMRC will not achieve all of the Programme’s forecast benefits because of changes to scope or slippage in delivering projects, as well as over-optimism in its forecasts.

HMRC reduced staff numbers by the planned amount of 3,374 full time equivalents by the end of 2008-09, two years ahead of schedule. It also generated an improvement in productivity – defined as the level of yield generated by each full time equivalent – of approximately 36 per cent, below its forecast of a 42 per cent improvement. HMRC did not routinely measure the impact of the Programme on customer experience.