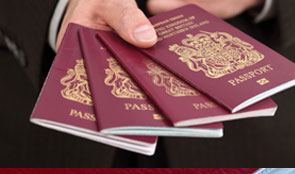 The Home Office spent at least £830 million between 2003 and 2015 on the e-borders programme and its successors, but has failed, so far, to deliver the full vision. We cannot, therefore view e-borders as having delivered value for money.

“The e-borders programme began in 2003, with an ambition which has remained largely unchanged in the intervening years. It was due to have been completed in 2011. Since we are now in 2015, with the Home Office still not having delivered the original vision after expenditure of £830 million, I cannot view e-borders as having delivered value for money. Some valuable capabilities have been added to our border defences during the life of this project, though their efficiency is impaired by a failure to replace old IT systems.”

The Home Office spent at least £830 million between 2003 and 2015 on the e-borders programme and its successors, delivering some valuable new capabilities, but has so far failed to deliver the full vision, according to today’s report from the National Audit Office.

In November 2007, the Department entered a contract with Raytheon, a US-based technology and defence company, to implement its e-borders programme. The Department terminated this in July 2010 citing a failure to deliver milestones. This was followed by a protracted legal dispute which was settled out of court in March 2015.

With this expenditure, the Department has developed new capabilities to receive and analyse data on those travelling to and from the UK. By 2010, the e-borders programme had built a new centre staffed by people from the Department, police and the National Crime Agency. However, the quantity of data analysed is less than planned with information provided on 86% of passengers travelling to the UK in September 2015 compared to a target of 95% by December 2010.

The Department has not yet built an integrated system and processes are therefore inefficient, with the Home Office unable to fully exploit the potential of the data it is receiving. Current processes include extensive manual effort, duplication of effort, and restrict the use that can be made of travel history records. Between 2011-12 and 2014-15, the Department spent £89 million improving systems that e-borders should have replaced and information about travellers is still being processed on two systems that do not share data or analysis effectively.

The report finds several reasons for the failure to deliver. The Department has lacked a consistent strategy or realistic plan for delivery. According to the NAO, the delivery plans for e-borders were too ambitious to be achievable in the timeframe and the Department has struggled to decide how to take the vision forward since the cancellation of the e-borders contract.

The Department has also underestimated the importance of stakeholders. During the period of the e-borders programme, it made unrealistic assumptions about the programme delivery without recognising the importance of managing a diverse range of more than 600 stakeholders. By 2015, however, there were signs of an improved relationship with plane, ferry and rail carriers.

There has been an inability to make decisions due to gaps in capability and resourcing. The NAO found that there have been eight programme directors on e-borders and successor programmes between 2003 and 2015.

The NAO report does find, however, that changes since late 2014 give some cause for optimism with particular improvements in leadership and stakeholder management.