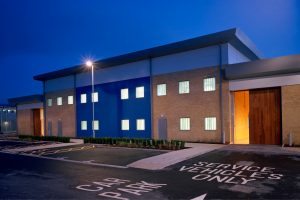 This memorandum focuses on the design, operation and oversight of the Home Office's contract with G4S to run Brook House.

Background to the memorandum

Brook House is a 448-bed male-only immigration removal centre near Gatwick airport in West Sussex. It has been operated by G4S under a contract with the Home Office since it opened in 2009. An episode of BBC Panorama broadcast on 4 September 2017 showed covert video recordings made at Brook House by a G4S staff member. The programme showed G4S staff verbally and physically abusing detainees and making inappropriate remarks about them. The programme raised concerns about the management of Brook House and the welfare of detainees.

In March 2019 the Home Affairs Select Committee (the Committee) asked us to look into the Home Office’s management of its contract with G4S to run Brook House immigration removal centre at Gatwick in West Sussex.

This memorandum focuses on answering the Committee’s specific questions and providing insight into the operation of the contract, specifically:

To do so we have relied on the management information provided by the Home Office and G4S. In particular, we have reviewed the contract, the Home Office’s management information about G4S’s performance, and a March 2018 Moore Stephens LLP report. We do not cover the value for money of the contract, and we have not undertaken our own audit of the treatment and quality of services provided to detainees or of G4S’s billing and profits.

It is not within the scope of this memorandum to comment on the severity, causes or prevention of the staff behaviour brought to light by BBC Panorama in 2017 or the current safeguarding arrangements. But it is worrying that the normal contract monitoring and incident reports did not communicate the gravity of what was shown by the documentary. G4S and the Home Office have both taken steps to improve the management and oversight of the centre since. However, immigration removal centres remain a high-risk activity, and it is important that the Home Office remains vigilant in its oversight.

The Home Office has since concluded that the contract as written is not fit for purpose. The inability of the Home Office to impose any significant financial consequences on G4S for the abuse of detainees highlights limitations in the contractual approach. While Brook House is also subject to regulation and scrutiny beyond the contract monitoring, if G4S had not wanted to demonstrate improvement, it would have been difficult to contractually enforce action. The Home Office is letting a new contract to start next year, presenting the opportunity to give more importance to issues of safeguarding, staff culture and staff training. Even so, it is vitally important that the Home Office continues its new approach of managing its provider to both the letter and spirit of its contracts.