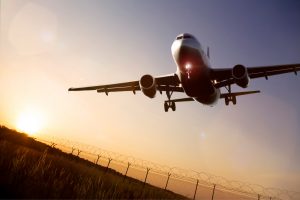 This report assesses whether the Home Office’s activities for enforcing immigration rules are achieving its vision.

Immigration Enforcement is the directorate within the Home Office responsible for preventing abuse of the immigration system, dealing with the threats associated with immigration offending and encouraging and enforcing the departure of immigration offenders and foreign national offenders from the UK. Its vision is to reduce the size of the illegal population and the harm it causes.

This report assesses whether the Home Office is successfully delivering its stated missions and objectives to support its vision of reducing the size of the illegal population and the harm it causes.

We carried out our fieldwork and analysis between July and December 2019, before the outbreak of COVID-19 in the UK. Our findings therefore relate most closely to the Home Office’s ongoing and regular approach to managing its operations, and do not reflect any changes to the way it works in response to the public health crisis.

The Home Office’s (the Department’s) vision is to reduce the size of the illegal population, and the harm it causes, through missions to ensure greater compliance with immigration laws, tackle the threats of immigration offending and maximise the return of immigration and foreign national offenders from the UK. However, the complex nature of immigration crime and offending presents a significant challenge. For example, in trying to prevent, identify and remove immigration offenders, the Department must deal with a changing and varied threat from organised crime and a population which is, by definition, hard to interact with. The Department assesses its performance through a wide range of quantitative and qualitative measures. Where available, these measures show some positive developments in areas such as preventing illegal entry into the country and tackling organised crime, but performance against the crucial measure of returns has fallen. However, collectively, these measures do not provide a sufficient assessment of outcomes or an evidence base the Department can use to demonstrate the cumulative impact of its activities or judge overall success against its missions.

The Department has made some progress in improving individual aspects of immigration enforcement but does not yet manage this as an end-to-end system. It has recently begun to develop its understanding of the people currently in its system, but it does not yet have a full understanding of how its activities affect the progress those people take through each part of the system. Without looking at the system, and what is actually being achieved, as a whole, the Department will not be able to demonstrate it is delivering value for money.