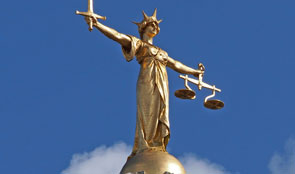 The MoJ is on track to make significant and quick reductions in its spending on civil legal aid. But it is less clear to what extent it has met its objective of targeting legal aid at those who need it most.

“The Ministry of Justice is on track to make significant and quick reductions in its spending on civil legal aid. However, it has been slower to think through how and why people access civil legal aid; the scale of the additional costs to the Ministry likely to be generated by people choosing to represent themselves; and the impact on the ability and willingness of providers to provide legal services for the fees paid.Without this understanding, the Ministry’s implementation of the reforms to civil legal aid cannot be said to have delivered better overall value for money for the taxpayer.”

The Ministry of Justice is on track to meet its main objective of significantly reducing in a short timeframe spending on civil legal aid. However, it is less clear to what extent it has met its other objectives of reducing unnecessary litigation and targeting legal aid at those who need it most, according to today’s report from the National Audit Office.

The NAO concludes that, in implementing its reforms, the Ministry of Justice did not think through early enough the impact of the changes on the wider system, and does not know whether people who are eligible for legal aid are able to get it.

The Ministry set out in November 2010 its proposals for reform of legal aid. It reduced fees paid to civil legal aid providers by 10% between October 2011 and February 2012. The Legal Aid, Sentencing and Punishment of Offenders Act 2012 introduced further changes which were implemented in April 2013, including a reduction in the range of issues for which civil legal aid is available and changes to the financial eligibility criteria for receiving legal aid.

The NAO estimates that the reforms could reduce spending on civil legal aid by £300 million a year in the long term. The Legal Aid Agency funds significantly fewer cases because of the reforms, thereby reducing the amount of litigation funded directly by the taxpayer.

The Ministry expected that removing funding for civil legal aid for private family law matters would divert people away from courts and increase mediation referrals by 9,000 per year. However, there were 17,246 fewer mediation assessments in 2013-14, a 56% decrease from 2012-13. Litigation has only just started to decrease in the areas of family law no longer covered by civil legal aid. In the year following the changes, there has been a 30% increase in the number of family court cases in which neither party has legal representation. This is likely to create extra costs for the Ministry and wider government, with the NAO estimating additional cost to HM Courts & Tribunals Service of at least £3 million a year, together with direct costs to the Ministry of approximately £400,000.

There may also be costs to the wider public sector if people whose problems could have been resolved by legal aid-funded advice suffer adverse consequences to their health and wellbeing as a result of no longer having access to legal aid.

The Ministry has reduced fees for providers without a robust understanding of how this would affect the market, and its monitoring has been limited. The NAO analysed the amount of legal aid funded face-to-face advice being started by providers in local authority areas across England and Wales. This showed that in 14 local authorities no providers based in the area started any face-to-face legal aid funded work during 2013-14. The Agency does not know why and therefore cannot be confident that it is targeting funding at those most in need.

Today’s report finds that the Ministry did not estimate the scale of the wider costs of the reforms – even those that it would have to bear – because it did not have a good understanding of how people would respond to the changes or what costs may arise.Among the NAO’s recommendations is that the Ministry develop measures to evaluate more fully the impact of the reforms.