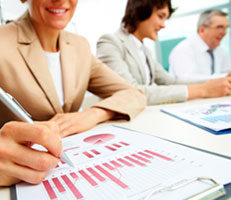 Better access to public information can improve accountability and service delivery. Government needs a firm grasp of whether that potential is being realised.

"Opening up access to public information has the potential to improve accountability and support public service improvement and economic growth. What the Government is lacking at the moment is a firm grasp of whether that potential is being realised. If transparency initiatives are to be more than aspirations, then Government needs to measure and monitor both their costs and benefits. This is vital for tracking success and learning what works."

The National Audit Office has reported on how government is fulfilling its commitments to promote the transparency of public information. The report recognises the strength of the strategic case for greater transparency, and highlights progress across government in fulfilling most of its initial commitments. However, government needs a better understanding of costs, benefits and use to assess whether transparency is meeting its objectives of increasing accountability, supporting service improvement and stimulating economic growth.

The Government has significantly increased the amount and type of public sector information released. Twenty-three out of 25 commitments by central government, due by December 2011, had been met by that month. However, the assessment of value for money is underdeveloped. While the Cabinet Office has identified six types of potential benefits from open data, it is not yet using this framework to evaluate the success and value for money of its various transparency initiatives. The new Open Data Institute will have a role to improve evidence on economic and public service benefits of open data, although the range and scope of its work is not yet clear.

Levels of public interest in the different types of information released vary. Some releases have generated significant interest. For example, the police crime map website had an estimated 47 million visits between February and December 2011, while the Department for Education reported an 84 per cent increase in the use of its comparative schools data, since the site has been made more accessible. However, departments reported less interest in the standard releases required of all departments, such as information on spending over £25,000. More than four-fifths of visitors to the Government website data.gov.uk leave the site immediately without accessing any further link, although these users may then access data from other sources.

In some sectors, data that would better inform accountability or choice is either not held or not yet made available. For example, in social care, neither the Department of Health nor its funded bodies collect appropriate information on comparative costs and performance of providers of home care for adults. For local government services, the Government has discontinued established performance frameworks and the Local Government Association is developing a new approach to performance reporting.

The Government estimates that public data already contributes £16 billion annually to the UK economy. The 2011 Autumn Statement announced new transparency commitments to stimulate additional economic growth, including releases of data not previously available, and opening access to data previously traded. However, its ability to maximise economic growth from traded data is constrained by current arrangements to charge for data, and limited understanding of potential benefits.