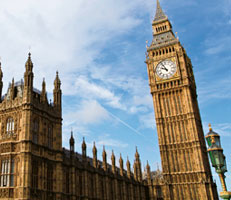 The government’s procurement strategy has led to savings. But, a cultural shift is needed if government is to obtain all the benefits available.

"The Cabinet Office will have to lead a major cultural shift across government if the centralising of buying goods and services is to deliver the significant benefits on offer. "There are signs of real progress, but the success of the reforms cannot depend on whether departments choose to cooperate. Departments must commit as much of their procurement expenditure as possible to central contracts and the Government Procurement Service must be held accountable for its performance."

The current government procurement strategy is the most coherent approach to reform yet, according to the National Audit Office, and has resulted in savings. While progress has been made, there have been problems in implementing the reforms including the lack of enforcement of the mandate to use a centralised approach. Either the Cabinet Office will need to create more effective levers, or it will have to win ‘hearts and minds’, and demonstrate that it has the capability and capacity to deliver a high-quality central procurement function.

Since 2010, the government has made a number of changes to its procurement structures and processes. There have been signs of good progress in key areas: expenditure on common goods and services is more centralised; participation by small and medium enterprises (SMEs) has increased; and the Government Procurement Service is an improvement on its predecessor. The creation of a Chief Procurement Officer and associated positions has formed clearer lines of responsibility at the centre, and the Cabinet Office now has a firmer grip of procurement expenditure. Overall, the NAO expresses confidence in the Service’s reported savings of £426 million in 2011-12 as a result of reductions in price owing to centralised procurement.

Nevertheless, there have been problems in implementing the reforms, including ineffective governance structures, unrealistic targets, incomplete data and weaknesses in contract management. Government is not maximising the potential for savings through centralised procurement. It has succeeded in increasing spending through central contracts from £2.6 billion in 2009-10 to £3 billion in 2011-12 but this is still less than half of its spending on common goods and services. The Cabinet Office’s most recent forecast is that this will grow to £5.3 billion in 2012-13.

There are some operational issues with GPS’s management of the central contracts, with departments raising concerns about the inconsistency of contract management and the quality of customer service. While departments need to make compromises and adapt to a more standardised approach, there are cases where the central contracts do not meet departments’ operational needs, in part due to a lack of consultation when developing the specifications. These weaknesses in implementation mean that the centralised approach is not releasing procurement resources in departments as originally expected.

Roles and responsibilities for day-to-day contract management are unclear and there are inadequate mechanisms by which departments and the centre of government can hold each other to account.