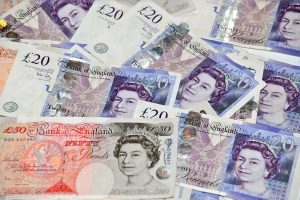 This report reviews government’s progress in improving the planning and spending framework since we last reported in July 2016.

The way central government plans and allocates resources is critical to improving the efficiency and effectiveness of public spending. To deliver value for money over the medium- to longer-term, government needs an integrated planning and spending framework which provides: robust realistic plans, with clear priorities; long-term clarity on funding that supports organisations to work together across government and protect value for money; good understanding of outcomes and monitoring of performance against them in-year; and the ability to identify new priorities and reshape plans systematically in light of events or performance.

A spending review usually sets spending limits for departments over approximately three to five years, subject to fiscal forecasts. Between spending reviews, HM Treasury allocates money including at annual budgets, monitors spending risks, scrutinises value for money of new proposals, and authorises in-year adjustments. Since 2015, each department has been required to prepare an annual internal business plan, known as a single departmental plan (SDP). It sets out how the department intends to implement its objectives and government manifesto commitments, and deliver public services within its spending limit.

·          the current planning and spending framework and the approach to long-term planning (Part One);

·          the evolution of HM Treasury’s approach to managing spending in the short term (Part Three); and

HM Treasury has, these many years, demonstrated that it is highly effective at controlling public spending. It has, relatively recently, turned its focus towards a renewed drive to improve value for money. There have been positive developments in this direction, not least the Barber review, the provision of specialist advisers to the spending teams and more. Likewise, the Cabinet Office has been working to improve the maturity of business planning across departments.

However, there are occasions when we see value for money being compromised by the needs of short-term spending control. Unrealistic, over-optimistic budgets are kept within the spending envelope by short-term unplanned cuts, which can damage long-term programmes and drive suppliers to distraction.

All this turbulence can only be minimised by integrated medium- and short-term planning activity, strongly policed and challenged for realism and deliverability by the HM Treasury spending teams, and supported by the Cabinet Office and the civil service functions. This may require different skills and a significant change in mind-set both at the centre of government and in departments. Without these changes, government will continue to be trapped in a cycle of short-termism, over-optimism and silo decision-making, which creates real risks to value for money.