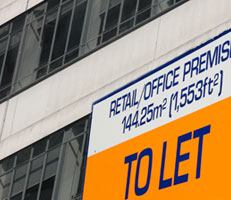 Departments have made good progress in improving the efficiency of their office estate. However, in order to achieve the best value for money, departments should stop managing their estates in isolation from one another.

"The cost of the total stock of government office property has gone down markedly in recent years. Further substantial progress will require a step change in the way departments work together, involving an end to their managing their estates in isolation. The Government Property Unit needs to work to overcome the barriers preventing departments sharing office space, and help government find ways of using the estate to facilitate wider improvements in how the civil service works."

The National Audit Office has today published a report on the efficiency of central government office property since 2004. The spending watchdog has found that departments have made good progress in improving the efficiency of their office estate. However, in order to achieve the best value for money, departments should stop managing their estates in isolation from one another.

Departments have reduced the annual cost of the civil estate, including offices, laboratories and courts, by an estimated £600 million in real terms between April 2004 and March 2010. Since April 2010, the annual cost of running the estate has reduced by a further £212 million. This is partly down to a freeze, since 2010, on acquiring new properties or extending leases without the permission of the Minister for the Cabinet Office. Nonetheless in many cases, departments are nearing the point where they have consolidated their own estates as much as they can individually, and further savings will require them to share space and use it more flexibly.

In June 2010, the Government confirmed the establishment of the Government Property Unit (GPU) to strengthen central control of the estate. However, the Unit has been slow to change the way the Government manages its estate. In its first year it concentrated on developing plans to transfer the control over the estate to a central body, which it failed to gain support for. The plans were later dropped.

Over the course of 2011, the GPU changed its approach and facilitated interdepartmental planning. This sets the basis for improving future property coordination. However, because of the weak commercial property market, departments are finding it difficult to surrender leasehold buildings before their leases expire. The GPU has had to draw up plans that are necessarily opportunistic since decisions on which properties to retain and which to dispose of are based on what is easy to exit rather than on what best meets government’s needs.

While the Government is now exploring how property can help wider civil service reform, the NAO has yet to see this translate into concrete plans.

If the Government achieves an average space utilization of 10 m2 per person, it will release about 2.1 million m2 of space (more than all of the office space at Canary Wharf), costing £830 million a year to run. However, this will require complex and substantial reconfiguration of the estate and depend on moving out of surplus office space in a difficult market. The NAO estimates around £650 million of this reduction can be achieved by 2020 by not renewing leases.