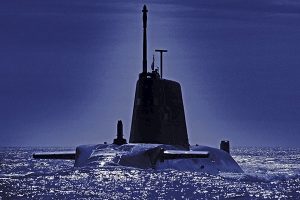 Improving value for money in non-competitive procurement of defence equipment

The MoD’s new regulations for overseeing non-competitive procurement has the potential to save significant sums of money, if implemented properly.

“The Regulations regime has the potential to deliver significant cost reductions but the Department must increase its ability to negotiate contracts and scrutinise costs to secure better value for money.  To achieve this, the Department needs to eliminate disagreements between key stakeholders and win the co-operation of all suppliers. And it needs to maintain credible pressure for competition whenever possible, and be able to measure and demonstrate the effectiveness of the regime in securing savings.”

Regulations introduced by the Ministry of Defence (the Department) to deliver better value for money for the taxpayer from non-competitive procurement have the potential to deliver significant cost reductions on contracts, although the ability to actually deliver these reductions will depend on controlling costs during the life of the contract, according to a report by the National Audit Office.

The most effective route to securing value for money in defence procurement is normally through competition. However, such competition is frequently absent on the largest defence contracts where there may be only one supplier or where security considerations require the Department to contract with a trusted national supplier, for example, for nuclear-powered submarines or complex warships. In 2015-16 the Department spent more than £8.8 billion non-competitively.

To address this, in 2014 the Department introduced the Single Source Contract Regulations to balance a fair return for industry with the need for better value for money for the taxpayer. The Regulations offer considerable opportunities to improve contract management. As at July 2017, 110 contracts (95 contracts and 15 sub-contracts) had been brought within the Regulations, with a combined value of £23.9 billion.

Most suppliers now accept the need to work within the Regulations, but some are resisting them and their interpretation by the Department and the Single Source Regulations Office (SSRO), with some failing to provide the required information about costs and prices. The Regulations give the project teams and other commercial staff greater access to supplier information than ever before, putting them in a stronger position to drive down costs. A particular challenge is gaining agreement from contractors to bring existing contracts brought within the regime ‘on amendment’, although these can be the highest-value ones.

The Department is committed to using competition wherever possible but it cannot show currently that it is doing so in a systematic way. Between 2013-14 and 2016-17, the number of defence equipment contracts let non-competitively has remained stable at around 50%, while the value of equipment contracts let has been significantly affected by a small number of large contracts. Where there have been decisions to procure non-competitively the formal justifications presented by project teams are highly variable in quality, and there may be limited scope to challenge decisions within the timetables set for delivery of the requirement.

SSRO makes annual recommendations to the Secretary of State on the baseline profit rate to be applied to contracts within the Regulations. So far, this has resulted in a significant drop in the rate – from 10.6% in 2014-15 to 7.46% in 2017-18 – although a reduction may not always be the decision. The Department has identified significant potential savings from these reductions in the baseline profit rate, but suppliers have criticised the way it is calculated. In a recent discussion document, the SSRO has investigated with industry ways to measure the impact of its decisions on the financial health of suppliers, in line with its statutory aim to balance value for the taxpayer with a fair return for suppliers.

The effectiveness of the Regulations could be undermined by gaps among key commercial and cost assurance staff. It is essential that the Department has sufficient appropriately skilled staff in key areas to achieve value for money given the large amounts of money at stake and the lack of competition. However, it is 386 (24%) commercial posts short of its ideal complement in the centre of the Department and the Defence Equipment and Support organisation. The NAO has identified shortages of commercial skills as a common problem across government. The Department has plans to partly address these shortages, as well as to improve the skills levels of existing staff.