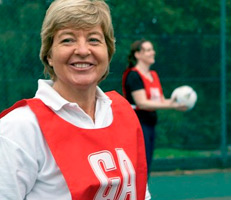 Although more people have been involved in sport since 2005, the Department did not meet its targets to increase participation by priority groups by March 2008. However, a new strategy and better funding arrangements are positive developments that offer the prospect of improved value for money.

For the three-year period to March 2008, Sport England, the Department’s delivery body for sports participation, spent £660 million to promote sport and physical activity. However, the Department lacked adequate oversight of progress towards its targets and Sport England lacked a focus on increasing participation amongst priority groups by the targeted amount. In consequence, a positive conclusion by the NAO on value for money up to 2008 was not possible.

As part of a new approach, the Department has set Sport England a new target, to be achieved by March 2013, of increasing by one million the number of people aged 16 and above doing three 30 minute sessions of moderate intensity sport a week. One year into the five-year delivery period an additional 115,000 people were participating in sport, against the initial delivery plan forecast of 160,000 additional participants.

Sport England’s new approach has a number of known risks to delivery. It is heavily dependent on a small number of sporting national governing bodies delivering 60 per cent of the increase in participation expected through governing bodies, and on key assumptions about how the activities it funds will lead to more frequent participation. Moreover, it expects the bulk of the additional participants to be delivered towards the end of the four-year target period.

As agreed with the Department, Sport England’s strategy is to invest in a range of sports, rather than focusing on just those that can increase participation at the lowest cost. Funding allocations to individual sports may represent value for money but this is less clear when comparing sports. Sport England does not have criteria against which it can assess the trade-offs involved in funding participation in different sports.