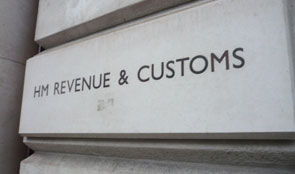 National Audit Office report: Increasing the effectiveness of tax collection: a stocktake of progress since 2010

Increasing the effectiveness of tax collection: a stocktake of progress since 2010

HMRC has made good progress towards maximising revenue and making cost savings but also needs to do much more to improve its customer service.

“HMRC is among the strongest government departments in terms of managerial competence and its robustness in managing the risks to its essential function of tax collection. It now faces some significant challenges, however, if it is to harness new technology effectively and thereby exploit the data it collects. The Department must continue to adapt and learn from experience, and should ensure that it remains receptive to ideas from external stakeholders, including the NAO and Parliament, about how it could improve its performance.”

HMRC has made good progress towards achieving its primary objectives of maximizing revenue and making sustainable cost savings. It has also responded positively to the recommendations from the Public Accounts Committee in areas where the Committee has pressed for change. However, the Department has much more to do to improve its performance in dealing with its customers.

These findings appear today in a report by the National Audit Office on the progress made by HMRC since 2010 in tax collection. The report focuses in particular on how the Department has responded to recommendations in key areas of focus by the NAO and PAC during this Parliament.

HMRC has reorganized its business to tackle some of the root causes of marketed tax avoidance. It has sought and received new powers to allow it to disrupt the behaviour of promoters and challenge the users of avoidance schemes more quickly.

HMRC’s introduction of a new National Insurance and PAYE service resulted in a large backlog of PAYE cases. The Department responded with commitment and rigour to these problems and the concerns expressed by PAC. Through its stabilization programme, it made sensible trade-offs between its need to stabilize the tax system and remove the backlog while providing a fair service to customers and seeking to minimize the loss of revenue.

In large tax disputes, there can be significant sums of tax at stake. For example in 2013-14, the total tax under consideration in decisions referred to HMRC’s tax commissioners amounted to £3.9 billion. In response to earlier criticisms from the NAO and the PAC, HMRC has made important changes which have substantially improved the transparency and accountability of large tax disputes. It has clarified and updated its guidance on its litigation and settlement strategy and appointed a tax assurance commissioner who oversees large tax settlements. The commissioner reports annually on HMRC’s progress in resolving major disputes and how its new governance arrangements are working.

Although HMRC has improved its performance against its targets, it acknowledges it has much more to do to improve its service to the standard expected by customers. For example, it does not expect to meet its 2014-15 target of answering 80% of telephone calls nor its target to answer 80% of post within 15 working days.  However, it has taken action in response to a NAO recommendation that it should provide cheaper alternatives to 0845 helpline numbers, by withdrawing all its 0845 numbers by the end of December 2014. HMRC estimates that, by replacing its 0845 numbers with cheaper 03 numbers, customers will save £13 million annually.

HMRC’s plan to modernise and transform its business depends on the better use of technology to exploit data. HMRC has a strong track record in implementing new technology. However, NAO work on its preparations to replace its Aspire contract in 2017 using a different model revealed significant risks to its technology strategy if HMRC is unable to build sufficient commercial and technical capability in time. The NAO considers that this is a major challenge given HMRC’s substantial reliance on the capability of its suppliers for the last 10 years and its intention to recruit and develop in-house skills to run the integration and procurement of existing services and new technology.

There are also areas with a significant impact on public finances, such as the administration of tax reliefs, where the NAO see a need for more structured and proactive management.