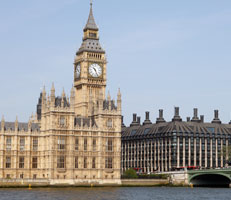 IPSA’s scheme for MPs’ expenses is safeguarding public money but IPSA has not had enough regard to the effect of the scheme on MPs’ work.

"Despite initial problems, IPSA has created an expenses scheme which safeguards public money and helps to increase public confidence. To improve the present uneasy relationship between the Authority and many MPs, both sides should make greater efforts to find common ground. In my view, IPSA is now in a good position to focus more on improving the quality of service it delivers."

The new scheme for paying MPs’ allowances and expenses, introduced by the Independent Parliamentary Standards Authority (IPSA), was set up with commendable speed, is safeguarding public money and is making a significant contribution to increasing public confidence. However, IPSA did not have enough regard to the effect of the scheme on the ability of MPs to fulfil their duties, nor to the costs falling upon them during its first year of operations.

Today’s report to Parliament by the National Audit Office highlights IPSA’s major achievement in providing services to MPs on time, from May 2010 onwards. It had established itself, at a cost of £4.4 million, as a functioning organisation in a very short time. Following service problems in the early months, the Authority had brought service levels up to planned standards by early autumn 2010, and now processes claims in an average of six working days. IPSA has also improved its own efficiency and reduced costs.

However, the new scheme does not give enough importance to helping MPs spend in a cost-effective way. They are not required to make use of the few existing centralised procurement mechanisms. Moreover, IPSA does not normally provide advice to MPs, beyond the rules of the scheme, on what would represent cost-effective procurement, even following explicit requests. For understandable reasons, it has not done this to date because it is keen to avoid the recreation of the so-called ‘John Lewis list’. MPs say they are generally dissatisfied with many aspects of IPSA’s advice and guidance which is not consolidated nor easily searchable.

Most MPs surveyed by the NAO support many of the scheme’s key principles. Seventy per cent agreed that major change had been needed in the way they were paid expenses. More than half agreed that independent regulation of expenses was better than self-regulation and that all claims should be published. Eighty-five percent of MPs considered, however, that the time required to deal with expenses was too great a burden and hindered them from doing their jobs. The report also notes that some nine out of ten MPs believe that they are subsidising their own constituency work. The common reasons cited for not claiming were that the amount to be claimed was small, the claims process was complex, the lack of clear advice about what was claimable, and concern about claims being published.

IPSA has reviewed its scheme in the first year and made a number of improvements to reduce the burden on MPs. However, the National Audit Office recommends that IPSA should work with MPs and the House authorities to develop a strategy to address the amount of time MPs and their staff have to spend interacting with the scheme and the laborious nature of certain elements of the claims process. Given that the number of claims rejected is low and that there is no systematic abuse of the Scheme, IPSA should focus its validation effort on areas of risk in order to improve efficiency.