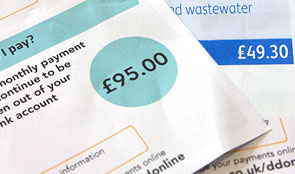 Large-scale infrastructure spending by the private sector over ten years or more will increase consumer utility bills but government and regulators do not know by how much or whether the bills will be affordable.

“Government and regulators do not know the overall impact of planned infrastructure on future consumer utility bills, or whether households, especially those on low incomes, will be able to afford to pay them. It seems critical to know ‘how much is too much’, based on reliable information.”

Government and regulators do not know by how much overall expected new investment by the private sector in infrastructure will increase household utility bills and whether bills will be affordable. The National Audit Office has recommended that the Treasury ensure there are mechanisms to assess the cumulative impact of infrastructure investment on consumer bills, particularly those paid by low-income households.

Today’s report, which focuses on the energy, water and, to a lesser extent, telecoms sectors, recognizes that the UK requires significant investment in new infrastructure. The Treasury expects that over two-thirds of the £310 billion worth of the planned infrastructure it has identified will be privately financed, owned and operated but paid for by consumers through their utility bills.

Despite some good initiatives, such as efforts by government to model future energy prices and bills, the National Audit Office is concerned by the lack of a common approach across sectors to forecasting bills or measuring affordability.

The spending watchdog points out that the affordability of utility bills can be assessed only in the context of wider pressures on household expenditure, including an understanding of all household bills as well as potential trends in household incomes. The NAO acknowledges there is a range of schemes to support vulnerable consumers in all three sectors, but is concerned that, without a fuller understanding of affordability in the round, government and regulators cannot assess the adequacy of these schemes, now or in the future.

Among the NAO’s other recommendations are that the Treasury should publish the expected overall impact on consumer bills, to promote transparency and debate about new infrastructure and bill increases. In addition, departments should consider the implications for consumer bills and their overall affordability before making policy commitments influencing infrastructure.