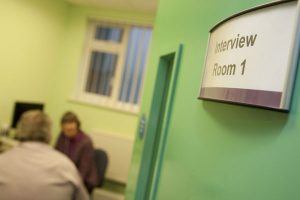 An investigation into why and how the Ministry of Justice adjusted Community Rehabilitation Companies’ (CRCs) contracts; and the financial and other implications of the adjustments to the CRCs' contracts. 19 December 2017

In June 2014, the Ministry of Justice (the Ministry) introduced its Transforming Rehabilitation reforms to probation services by dissolving 35 self-governing probation trusts into a public sector National Probation Service and 21 Community Rehabilitation Companies (CRCs). The Ministry let contracts from February 2015 for the CRCs to provide rehabilitation services supervising offenders presenting a low or medium risk of harm. The 21 CRCs are run by eight, primarily private sector, parent organisations.

In 2017, the Ministry took action to ensure continuity of probation services in England and Wales by amending its contracts with CRCs from 2017-18 to improve their financial stability. The Secretary of State for Justice announced in July 2017 that the probation system had “encountered unforeseen challenges” and that the Ministry had “adjusted the CRCs’ contracts to reflect more accurately the cost of providing critical frontline services”. The contract changes took effect from 1 August 2017 for most CRCs.

The key findings of the investigation are: