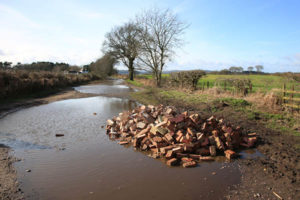 Investigation into government’s actions to combat waste crime in England

This investigation assesses government’s oversight of the waste industry and what action is taken to address illegal activity.

A range of organisations are involved in combatting waste crime in England. The Department for Environment, Food & Rural Affairs (Defra) has policy responsibility for waste, including waste crime, within government. The Environment Agency (the Agency) is responsible for investigating certain types of waste crime and taking action against the perpetrators, including illegal waste sites, illegal dumping (the most serious fly-tipping incidents) and breaches of environmental permits and exemptions. Responsibility for clearing waste ultimately sits with the landowner or land manager, including local authorities and other public bodies such as National Highways. Local authorities also have powers and duties relating to fly-tipping, and deal with the majority of smaller incidents. HM Revenue & Customs (HMRC) has responsibility for pursuing the evasion of landfill tax in England.

In 2018, the government published a range of documents setting the course for waste crime policy. The 25-Year Environment Plan set the ambition to eliminate waste crime and illegal waste sites within 25 years. The Resources and Waste Strategy reiterated that goal and set out government’s approach and planned action to combat waste crime over the short to medium term. The 2021 Environment Act includes changes to elements of the law on waste enforcement and regulation.

This investigation responds to concerns expressed by MPs about government’s oversight of the waste industry and how action is taken to address illegal activity. Concerns related partly to a HMRC investigation into suspected systematic abuse of the landfill tax system referred to as Operation Nosedive, which cost more than £3 million but ended in plans to pursue prosecutions being abandoned.

While Defra and the Agency have a good understanding of the nature and complexity of waste crime, the Agency does not currently have the data it needs to identify and assess the full extent of all waste crime, which makes it difficult to prioritise its response effectively. The Agency acknowledges that the more it looks for incidents of non-compliance with waste regulations, the more waste crime it finds, and that for some types of waste crime the reported statistics understate the true extent. Available evidence indicates that the incidence and cost of dealing with waste crime across England is increasing. Landfill tax changes have, as intended, led to a reduction in landfill volumes but have also increased the financial incentives to commit waste crime. Barriers to operators entering the waste sector are low, and sanctions and prosecutions for committing waste crime may not be acting as effective deterrents.

The goal of eliminating waste crime provides the Agency with a clear vision to inform its strategy and performance management. The introduction of the Resources and Waste Strategy in 2018 was an important step forward although it was not intended to include all the actions needed to eliminate waste crime. Government’s progress with implementing the actions has been slower than it had hoped. However, the Joint Unit for Waste Crime is showing early signs of progress, and Defra has strengthened requirements for obtaining environmental permits and is planning further reforms. The government plans to review progress regularly and consider what further actions are needed, but it does not yet have appropriate performance indicators to support this.