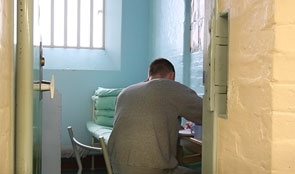 There was an estimated net loss of £1.1m when Just Solutions International, the commercial arm of the National Offender Management Service, set up to sell consultancy advice abroad, was closed in September 2015.

The National Audit Office (NAO) has published the findings from its investigation into Just Solutions International (JSi), which was the commercial arm of the National Offender Management Service (NOMS).  JSi aimed to help improve justice systems across the world by selling products and consultancy services. In September 2015 the Ministry of Justice announced the closure of JSi. Shortly after this announcement the NAO received correspondence raising concerns around the transparency of JSi’s activities and requesting that we investigate.

• Just Solutions International (JSi) was created in 2012 to exploit commercial opportunities arising from National Offender Management Service (NOMS) activities relating to IT, training and consultancy services. The target market was primarily overseas governments originally facilitated through the Foreign & Commonwealth Office (FCO) then directly with overseas governments from 2014. JSi aimed to make a commercial return on work contracted from overseas governments.

• JSi was established as a brand within the NOMS Commercial Development Group (CDG) after the NOMS board rejected a proposal to establish JSi as a company.  A number of consultants were engaged from 2010 to 2014 to undertake pilots and develop business cases that formed the basis of JSi.

• In establishing JSi, NOMS followed the current guidance from HM Treasury, the National Archives and the Cabinet Office where this guidance was available. The Cabinet Office guidance is limited because it does not cover the question of whether a company is the most appropriate form for new operations.

• The cost of setting up JSi exceeded the income generated by completed contracts.  The NAO estimate that JSi’s costs were approximately £2.1 million from 2012 until its closure, including £239,000 on consultancy services.  Therefore JSi made a net loss of approximately £1.1 million in this period. This is due, in part, to the decision to withdraw from prospective arrangements with Saudi Arabia and Oman. The NAO also note that had JSi not been created, NOMS would have committed funding to support wider international engagement with countries to support FCO and wider Government objectives.

• JSi is now closed and NOMS does not plan to perform further work for overseas governments on a commercial basis.  NOMS will continue to receive visits and requests for assistance from overseas governments through FCO and other UK departments for the achievement of cross-government objectives.