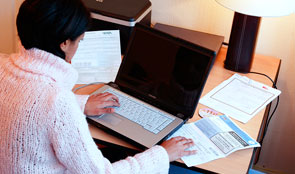 The NAO has published the findings from its investigation into members’ experience of civil service pension administration.

“When MyCSP took over the administration of the civil service pensions payroll in September 2014 it did not cope with the workload and a large backlog of work built up. Some people were paid late and members struggled to contact MyCSP. Some reported hardship and distress. The problems were made worse by longstanding limitations in the membership data on which I have reported over the last five years. MyCSP’s performance is now back to a steady state but the underlying data problems have still not been fixed. This should now be a priority for the Cabinet Office, MyCSP and the employers.”

The National Audit Office has today published the findings from its investigation into members’ experience of civil service pension administration. The administration of the civil service pension payroll and certain other services moved from Capita to MyCSP in September 2014. Following these changes many scheme members and participating employers expressed dissatisfaction with the services provided by the pension administrator (MyCSP). We looked at the quality of pension services provided to members and participating employers of the civil service pension schemes. It examines the nature and causes of the dissatisfaction, the steps taken to recover the situation and the challenges that remain to be overcome.