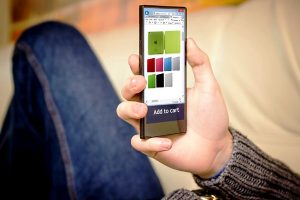 The NAO have investigated concerns that online sellers outside the EU are avoiding charging VAT.

The National Audit Office has today published the findings from its investigation[1] into the concern that online sellers based outside the European Union (EU) are not charging Value Added Tax (VAT) on their goods located in the UK when sold to UK customers. Online sales accounted for 14.5% of all UK retail sales in 2016, just over half of these were non-store sales, mainly through online marketplaces, where buyers and sellers can meet and transact.

VAT rules require that all traders based outside the EU selling goods online to customers in the UK should charge VAT, if their goods are already in the UK at the point of sale. In these cases, sellers should pay import VAT and customs duties when the goods are imported, based on their value, and charge their customers VAT on the final sale price. The sellers should also be registered with HM Revenue & Customs (HMRC), and are required to submit regular VAT returns. The sellers must account to HMRC for the VAT charged to customers, reclaiming any eligible import VAT through their VAT return.