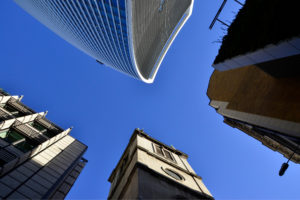 Investigation into the British Business Bank’s accreditation of Greensill Capital

In March 2020, the Chancellor announced in the Budget the government’s Coronavirus Business Interruption Loan Scheme (CBILS) in response to the economic challenges businesses faced as a result of the COVID-19 pandemic. This scheme offered financial support to small and medium-sized businesses across the UK that were losing revenue and seeing their cash flow disrupted. On 3 April, this scheme was extended to cover more businesses and to make it easier to access funds with the addition of the Coronavirus Large Business Interruption Loans Scheme (CLBILS). These schemes supported businesses to access loans, overdrafts and other types of finance. HM Treasury developed these two schemes with the Department for Business, Energy & Industrial Strategy (the Department) and the British Business Bank (the Bank). The Bank is responsible for accrediting lenders before they are allowed to make loans and it is responsible for the schemes’ ongoing administration, in consultation with HM Treasury and the Department.

Greensill Capital (UK) Limited (Greensill) was an accredited lender under both support schemes. It was a financier to Liberty Steel Group (Liberty Steel; part of the Gupta Family Group Alliance) and made several loans to companies within the Gupta Family Group Alliance through the CLBILS. On 8 March 2021, Greensill entered administration having “fallen into severe financial distress”. A range of commentators, including Members of Parliament and the media, have raised concerns relating to Greensill’s relationship with the government, including: Greensill’s engagement with public officials; whether the accreditation of Greensill to COVID-19 business support schemes was fair and transparent; and to whom Greensill made government-guaranteed loans, particularly in the steel industry, and the resultant level of taxpayer exposure through the guarantees.

This investigation does not explore wider concerns raised by commentators including Members of Parliament and the media around Greensill’s relationship with government. It also does not seek to examine the value for money of government’s COVID-19 business support schemes, nor the British Business Bank’s wider operation of these schemes.

Our review shows that the Bank followed a streamlined version of its established process for accrediting lenders for CLBILS when assessing Greensill’s application. That accreditation process was streamlined in response to the policy need to deliver money to businesses at pace during the pandemic. In the case of Greensill, applying a less streamlined and more sceptical accreditation process might have led the Bank to further question several of Greensill’s statements, including on: loan default rates; exposure to specific borrowers and product types; and its business model and ethical standards. Each were the subject of press reports prior to accreditation.

It is to the Bank’s credit that it quickly picked up the loans allegedly in breach of the scheme rules, and shows that the post-accreditation monitoring process was, in this case, effective. But had the Bank done more due diligence, including on the loans Greensill claimed it intended to make, it is possible that this situation could have been avoided.