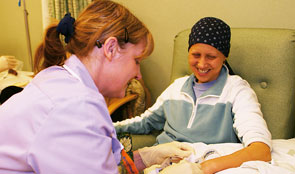 Investigation into the Cancer Drugs Fund

The Cancer Drugs Fund has improved access to cancer drugs not routinely available on the NHS, but all parties agree it is not sustainable in its current form.

The National Audit Office has published the findings from its investigation into the Cancer Drugs Fund. The government set up the Fund in 2010 to improve access to cancer drugs that would not otherwise be routinely available on the NHS.

The Fund is unique in that no other condition has a dedicated fund to provide access to drugs not routinely available on the NHS. It was initially intended to run until March 2014, with a budget of £650 million, while a long-term pricing mechanism was worked out that would allow patients access to the drugs and treatments that their doctors thought would help them. In 2013, the government extended the Fund until March 2016. The Fund now has a total lifetime budget of £1.27 billion.