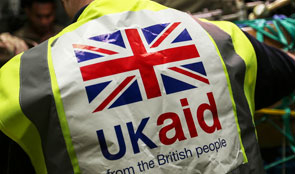 The NAO has conducted an investigation into DFID’s approach to tackling fraud, following an increase in the potential risks after the government committed to spend 0.7% of GDP on foreign aid.

The National Audit Office has today published the findings from its investigation into the Department for International Development’s (DFID) approach to tackling fraud. The NAO has conducted its investigation following two major changes which have altered the risk of fraud faced by DFID. The first is the government’s commitment to spend 0.7% of gross national income on international aid, which amounted to £12.133 billion in 2015. This commitment has increased DFID’s budget by 26.5% since 2011. In addition, the 2015 Strategic Defence and Security Review committed DFID to spend at least 50% of its budget in “fragile states and regions” at least until 2020. These factors could increase the risk of fraud in DFID’s budget.

This investigation sets out how DFID tackles fraud across its budget, and also looks at measures put in place by the Foreign and Commonwealth Office (FCO) and the British Council. In line with the principle of conducting investigations to establish the underlying facts, the NAO do not conclude on whether DFID’s counter-fraud work is value for money. Nor do we cover DFID’s wider anti-corruption programmes or overseas expenditure incurred by other government departments, such as the Ministry of Defence.