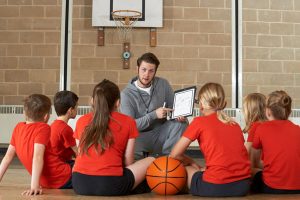 Home Office: Investigation into the Disclosure and Barring Service

The progress made by a programme to modernise the Disclosure and Barring Service.

The Home Office supports the safeguarding of children and vulnerable adults by providing a way for employers to check, through the work of the Disclosure Barring Service (DBS), people’s background against police databases such as criminal records and government lists of people considered unsuitable to work with children or vulnerable adults. This service is widely used by organisations in the public, private and voluntary sector, such as schools and care homes, to check prospective employees and volunteers.

In 2009 the Home Office launched a transformation programme with the intention of reducing the cost and increasing the efficiency of safeguarding services through modernisation and the introduction of a new update service. The National Audit Office undertook an investigation[1] as modernisation of DBS is late, take-up of the update service is much lower than expected, while forecast costs of DBS are higher.

A new product, the update service, which allows employers to check whether there are any changes to the safeguarding information on a certificate since it was issued, was launched in June 2013 but has been used less than expected. In July 2012, the Home Office expected 2.8 million paying users by 2017-18, 69% of all transactions. In 2014, DBS cut this forecast to 0.9 million, 20% of transactions.

DBS does not know why the demand for the update service has been lower than anticipated. The Home Office did not run a pilot or engage with potential users of the update service before committing to the programme and DBS has not collected systematic data about why people are not using it.

The update service has not delivered the savings the Home Office originally intended.  Applicants who are using the update service are paying £13 a year rather than the £10 expected in 2012. The 2012 business case expected applicants to opt into the cheaper update service meaning employers would need to pay for fewer, more expensive, disclosures. Employers were also expected to benefit from lower prices for traditional disclosures, but neither of these reductions have happened.

Modernisation of DBS is currently running over three and a half years late. The first stage was originally due by March 2014 but was only delivered in September 2017. Modernisation of disclosure certificates is not yet delivered and may not be completed before the current contract with Tata ends. The parties have agreed cause for 24 months of delay with the remaining 22 month delay the subject of ongoing negotiations between DBS and Tata.

Despite spending £47 million more than expected on the contract, Tata continue to report a profit. In its first four-and-a-quarter years of the contract, Tata says it made a net profit of £5 million (excluding VAT), 3% of revenues compared to the 22% it had expected from this contract. The anticipated cost of operating DBS to 31 March 2019 has risen by £229 million, 35% more than the 2012 forecast, due to changing demand and delays in modernisation.

Despite the cost increases, DBS is projecting a surplus of £114 million (to 31 March 2019) as although the update service loses DBS £9 for every application these costs have been offset by a surplus generated through traditional disclosure certificates. DBS expects to retain this additional surplus and not pass it on to customers through lower charges. DBS considers that its ongoing discussions with Tata mean it is not feasible to reduce prices until 2019.

The update service was expected to increase ease and the frequency with which people were checked, thereby improving safeguarding, and the modernised IT would also bring improvements to users. DBS and Home Office are not tracking the degree to which all the improvements expected have been achieved. As these benefits rely on modernisation being implemented faster than it has been and the update service being used more than it currently is, the wider benefits have not been achieved as expected.

DBS does not believe that either the delay or lower than expected take-up of the update service have stopped it providing an effective safeguarding service but Government does not know how many people this information prevented from working with children or vulnerable adults.

[1] The investigation does not look at the value for money of the programme or the overall effectiveness of the safeguarding policy that DBS helps deliver for the Home Office.