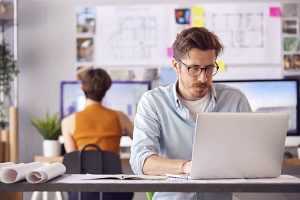 Investigation into the implementation of IR35 tax reforms

This investigation sets out how HMRC introduced the 2017 IR35 reforms, and what lessons it has learned and taken forward.

This investigation examines lessons from the implementation of 2017 reforms to tax rules for off-payroll working in the public sector. The government initially introduced these rules, commonly known as ‘IR35’, in the Finance Act 2000. Its objective was to prevent tax avoidance by ‘disguised employees’ – people who do the same job in the same manner as an employee but who avoid income tax and National Insurance contributions (NICs) by providing services through an intermediary such as a personal service company (PSC).

The 2017 IR35 reforms made public bodies responsible for determining the employment tax status of all those they hired through intermediaries. The government introduced this change to increase compliance with the IR35 rules after previous changes between 2007 and 2015 had not been successful in doing so. In May 2016, HM Revenue & Customs (HMRC) estimated that only 10% of PSCs were applying the IR35 rules correctly. In April 2021, the government made further reforms and extended the requirements on determining tax status to medium and large organisations in the private and third sectors. This significantly increased the number of organisations in scope of the legislation.

This investigation sets out how HMRC introduced the 2017 IR35 reforms, the approach it has taken since, and what lessons it has learned and taken forward when extending the reforms to the private and third sectors in 2021. Our report is in five parts, covering:

Rolling out the IR35 reforms to the public sector first has meant an opportunity for HMRC to learn lessons and adapt its approach. The 2017 reforms have achieved their primary purpose of reducing non-compliance and therefore increasing tax revenue. However, the public sector faced challenges with the initial roll-out: public bodies had little time to prepare; some found it difficult to use the original guidance and tool that HMRC had provided; and there was a limited understanding on all sides of how much time and resource were needed to get it right. As a result, it was highly likely that some public bodies would make mistakes.

By changing its approach, both in the public sector and when extending the reforms to the private and third sectors, HMRC appears to have learned several key lessons and addressed some of the more significant difficulties, including enabling more support and time for the transition. Questions remain about the system for addressing incorrect determinations, with routes of appeal untested and tax burdens in cases of non-compliance likely to fall on employers. There are also differences between the public and private sectors that increase the inherent challenges. HMRC faces new risks that will make it harder to identify, monitor and address non‑compliance, including larger and more complex labour markets in the private sector. HMRC will need to manage these risks if it is to ensure the reforms are successful.