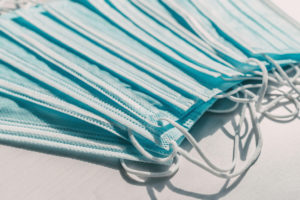 Investigation into the management of PPE contracts

This investigation examines DHSC's performance in managing PPE contracts. It is a factual account of what has happened since November 2020.

Demand for Personal Protective Equipment (PPE) rocketed in England from March 2020, when NHS and care workers, together with key workers in other industries, started to require protection from patients, colleagues and members of the public who potentially had COVID-19. There was also a surge in demand in other countries. At the same time, the global supply of PPE declined as a result of a fall in exports from China (the country that manufactures the most PPE) in February 2020. In the two years that have passed the Department has been managing the PPE contracts it entered into in 2020 in an effort to reduce its exposure to risk and minimise losses to the taxpayer.

In evidence to the Public Accounts Committee in June 2021, the Department’s performance update suggested to the National Audit Office (NAO) that problems with the management of PPE contracts had emerged. Significant volumes of PPE have continued to be received in the UK. At the same time concerns have increasingly been raised in the media around whether the Department is getting what it paid for and the extent to which some suppliers have failed to deliver what they promised while still making significant profits from the taxpayer. The NAO has also been contacted by members of Parliament and the public who have expressed concerns about the quality of PPE delivered through individual contracts.

This investigation examines the Department’s performance in managing PPE contracts. It provides greater transparency to Parliament and the public around what is being done by the Department when the PPE it bought cannot be used as planned. It includes analysis of:

We conducted our fieldwork between August 2021 and February 2022. Our methodology focused on contracts that delivered goods, for example aprons and face masks, rather than services such as consultancy or legal advice. The report is a factual account of what has happened since the NAO’s reports in November 2020. It does not seek to examine and report on the value for money of contracts either individually or collectively.