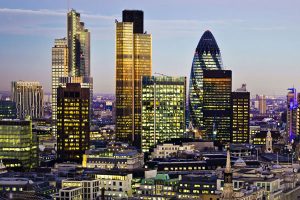 National Audit Office report: Investigation into the management of the Libor Fund

Investigation into the management of the Libor Fund

The Government has committed £933 million from the Libor Fund, but cannot yet confirm that all the money has been used as intended.

The National Audit Office has today published the findings of its investigation into the management of the Libor Fund. Following an international investigation by financial regulators in 2012 it was revealed that several banks in the US and the EU were manipulating Libor, a benchmark interest rate for inter bank loans, for profit. UK regulators fined the banks £688 million. It was announced that all proceeds would “go to the benefit of the public”.

In 2015 an additional £284 million fine for manipulating foreign exchange markets was added to the Libor Fund, bringing the total amount allocated to the fund to £973 million. Parliament and the media have questioned the transparency of how the money from the fines is being distributed. The NAO investigation sets out how the government has distributed this money.

• Of the £933 million committed to the fund, £141 million has yet to be distributed but will support the Covenant Fund. The Covenant Fund is a scheme that will make grants up to £10 million per year in perpetuity and is currently funded by the Libor Fund.

• Of the £592 million distributed through grants, two thirds (£385 million) has been awarded following requests for funding made directly to the Chancellor of the Exchequer from charities, MPs and government departments. The remaining £207 million was spent through competitive application processes managed by the Treasury and MoD.

• Not all grants from the Libor Fund had terms and conditions attached to them as standard until Autumn Statement 2015. Between October 2012 when the first HM Treasury Libor (HMT Libor) grant was awarded up to and including the summer budget in July 2015, 67 grants totalling £272 million were made by HMT and other departments from the HMT Libor scheme on behalf of the Chancellor. £196 million of the £272 million grants were given out without any terms and conditions attached of which HMT state that £139 million did not require them.

• HM Treasury and the MoD cannot yet confirm that charities spent all grants as intended. Currently the MoD is conducting a retrospective review of all grants awarded since 2012 to ensure that they were spent correctly.

• The government cannot yet demonstrate the impact the Libor grant fund has had as it has not been evaluating the impact of the grant schemes on the charity sector. It has committed to completing an external evaluation by December 2018, by which time over 80% of the fund will have been awarded.

• The MoD is now using a grant from the Libor Fund for a project to help understand the needs of the Armed Forces community. This will inform the distribution of the £141m in the Covenant grant scheme.