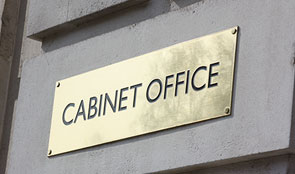 National Audit Office report: Investigation into the matching of funds from the Grassroots Grants Programme with donations from The W O Street Charitable Foundation

The NAO’s findings from its investigation into whether £1.3m of donations from a charity, the William Openshaw Street Foundation, were eligible to be matched with funds from the Cabinet Office’s Grassroots Grants Programme.

The National Audit Office has published the findings from its investigation into whether £1.3 million of donations from a charity, The W O Street Charitable Foundation (the Foundation) were eligible to be matched with funds from the Cabinet Office’s Grassroots Endowment Match Challenge Fund (the Challenge Fund), which was part of the Grassroots Grants Programme.

The Grassroots Grants Programme ran from 2008 to 2011. The Cabinet Office was the programme’s overall sponsor and appointed the Community Development Foundation (CDF) to run the programme, including the Challenge Fund, on its behalf. CDF in turn appointed local funders to administer the programme locally including securing donations and submitting claims for match funding.

The Cabinet Office has introduced measures to strengthen its oversight of subsequent schemes. It told the NAO that it intends to review and improve its grant making and record keeping. It also intends to work with the local funders involved to ensure that endowment funds are managed appropriately.