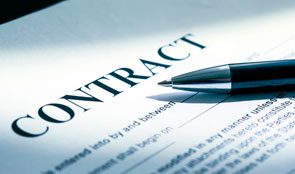 Investigation into the UKTI specialist services contract with PA Consulting

This is an investigation into the contractual arrangements that UK Trade and Investment (UKTI) had in place since 2013-14 for the outsourcing of sector specialist services with PA Consulting. PA received £18.8million in the first year of a contract due to last three years. Following concerns about the way the contract had been priced UKTI terminated the contract in January 2016 and agreed a commercial settlement with PA in May 2016.

“It is clear that, on this contract, both UKTI and PA have fallen well below the standards expected in managing public money. UKTI should have been in control of the procurement and understood the pricing; PA should have been more transparent in its dealings with UKTI. There are serious lessons to be learned on both sides.”

The National Audit Office has today published its findings from its investigation into the contractual arrangements that UK Trade and Investment (UKTI) had in place since 2013-14 for the outsourcing of sector specialist services with PA Consulting. In 2015 UKTI brought in auditors from RSM to investigate its contract with PA Consulting for the provision of specialist services, for which PA received £18.8million in the first year of a contract due to last three years. UKTI had detected inaccuracies in a spreadsheet provided by PA Consulting, as part of negotiating a contract change, that brought into question the basis for charging on the whole contract. RSM questioned the allocation of overheads on the contract and concluded that PA Consulting had “consistently made incorrect and misleading representations” to UKTI. UKTI terminated the contract and agreed a commercial settlement with PA in May 2016.

The key findings of this NAO investigation are as follows:

• UKTI’s governance of the procurement was weak.

• UKTI did not maintain the minimum documentation necessary to support a procurement, leaving UKTI exposed to not understanding what it had agreed to.

• It is not clear how the contract was, or was meant to be, priced.

• UKTI and PA agreed to negotiate a significant change to the contract after the bids were submitted and before the contract was awarded.

• UKTI’s handling of the procurement breached good practice and the principles of good procurement in several ways.

• The negotiation on the contract outside of competition led to an increase in both PA’s revenue and its profit from the contract.

• PA should have been more transparent in how it reported its forecast profit to UKTI.

• PA’s bid, rate card and explanations did not make clear the amount of corporate overheads built into its price.

• The separate charge for infrastructure is likely to represent an increase in PA’s profit on the contract which was not clear to UKTI.

• The problems with this contract only emerged due to the tenacity of the UKTI contract managers brought in after the contract had started.