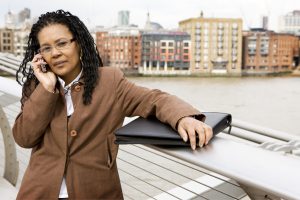 Investigation into the Windrush Compensation Scheme

This investigation covers the Home Office’s establishment and administration of the Windrush Compensation Scheme.

Parliament and the media have criticised the complexity of the claim process and the length of time it takes for claimants to receive compensation, with some claimants dying before receiving payment. They have also criticised the amount of documentation claimants must provide to support their claims. Even when claimants have been successful, they have perceived the value of payments as insufficient to compensate for the harm suffered. In December 2020, the Department announced changes to the scheme, including an increase in payments for ‘impact on life’ and a commitment to make a preliminary payment as soon as impact on life had been established.

This investigation covers the Department’s establishment and administration of the scheme and the progress it has made in implementing the changes from December 2020. It sets out:

The Department recognises the Windrush Compensation Scheme is an important part of its response in righting the wrongs suffered by the Windrush generation. Its design aimed to compensate claimants quickly while protecting public money from abuse. However, it started accepting applications before it was ready. Until it started enacting the changes it made in December 2020, it was not meeting its objective of compensating claimants quickly. Since then, it has made some progress. By the end of March 2021, the Department had paid £14.3 million in compensation, of which £11.6 million has been paid since December 2020. Nearly 60% of the payments since December relate to paying increased ‘impact on life’ awards to those previously paid and making preliminary payments, rather than finalising more claims. The Department needs to sustain its efforts to improve its caseworking operations and management systems to ensure it fairly compensates members of the Windrush generation in acknowledgement of the suffering it has caused them.