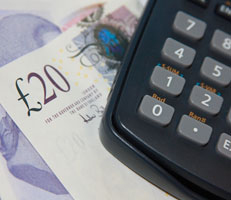 The NAO has today published a review of three formula-based grants from central government to fund local public services.

"One fifth of all government spending is allocated on the basis of these three funding arrangements. The current reviews are a good opportunity to ensure formulae are designed to reflect clearly prioritised objectives, to promote transparency and accountability."

The complexity of the formulae used by government departments to provide funding to local public bodies is partly down to the nature of the services being funded, and partly to the fact that the formulae attempt to achieve multiple objectives, according to a report published today by the National Audit Office. The different approaches to formula funding have evolved over time, but key choices in the design and operation of the formulae remain open to question.

Of the three funding arrangements on which it reports, the NAO concludes that the Department for Education and the Department for Communities and Local Government have not set out clearly, or explicitly prioritised, their multiple objectives for the design and distribution of Dedicated Schools Grant and Formula Grant. This prevents analysis of the extent to which the formulae represent the best way to satisfy objectives.

Each of the formulae is grounded in an assessment of relative needs, but other aspects of their design differ. For instance, Primary Care Trust allocations include a component to address health inequalities. The Dedicated Schools Grant prioritises stability of funding, by basing allocations on those of previous years. This approach is not responsive to changes in pupil characteristics. The Department recognises this in its current consultation on school funding. Meanwhile, the Department for Communities and Local Government’s Formula Grant has become increasingly complex, hindering transparency.

All of the funding arrangements examined by the NAO include provisions to ensure funding stability. Without stability, the budgets of funded organisations would vary more greatly from year to year, making financial planning and stable service provision more problematic. But adjusting formulae to ensure stability has, in practice, led to some local bodies being funded for extended periods significantly above or below needs-assessed levels.

Population data are the biggest determinants of funding, and Departments use the most current data available, though there are significant differences between population data sets within some geographical areas. Inputs to the formula to reflect additional needs are not as influential over allocations, but because many inputs are census-based, a quarter of those used in Formula Grant and ten per cent of those used for Primary Care Trust allocations, are based on data sources that are now ten or more years old.