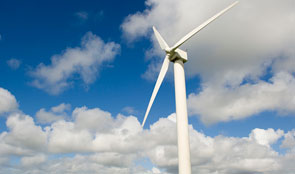 The Levy Control Framework is a valuable tool for supporting control of costs to consumers arising from government energy policies, but it has not been fully effective in key areas.

In establishing the Levy Control framework, the Government has rightly recognised the importance of monitoring and controlling the considerable cost of energy schemes that consumers fund through their energy bills, according to today’s report from the National Audit Office.

The NAO concludes that the Levy Control Framework is a valuable tool for supporting control of the costs to consumers that arise from the Government’s energy policies. The Framework has prompted the Department of Energy and Climate Change to monitor actual and expected costs to consumers from the schemes it covers.

However, the operation of the Framework has not been fully effective in some key areas. Spending and outcomes have not been linked in deliberations by the joint Treasury and departmental levy control board and reporting on Framework schemes has not supported effective public and parliamentary scrutiny of the overall costs and outcomes from levy-funded spending.

A number of the Government’s energy schemes are funded through levies on energy suppliers, who pass on the cost to consumers in energy bills. In 2011, the Department of Energy and Climate Change and HM Treasury established the Levy Control Framework to monitor and control the cost of such levy-funded schemes against annual caps.

The spending cap under the Levy Control Framework is set to rise from £2 billion in 2011-12 to £7.6 billion in 2020-21 (in 2011-12 prices). By establishing this cap, the Department has provided greater certainty for investors. It has yet, however, to define clearly the future scope of the Framework.

The NAO’s report highlights that the Framework does not cover the consumer-funded Energy Companies Obligation scheme and that it is not yet clear whether it will cover the new Capacity Market including electricity demand reduction measures.