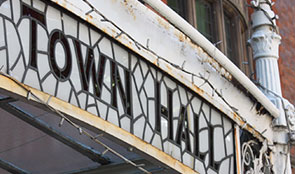 The Department has increased local authorities’ flexibility over their funding, but as a result has less information on how funds are being spent.

“Local authorities have more freedom to allocate funds according to their own priorities, but the government has less information on how funds are being spent. The Department must still assure itself that the local accountability system that oversees local spending is effective. The DCLG’s arrangements to assure Parliament over funding are in transition, but the Department should do more to understand whether the system for funding local government is effective in delivering value for money.”

The Department for Communities and Local Government has increased local authorities’ flexibility over their funding since 2010, but as a result has less information on how funds are being spent, according to the National Audit Office.

Eight departments gave local authorities a total of £36.1 billion in 2013-14, excluding funding directly passed to schools and individuals, to support the delivery of their statutory duties and core functions. Of this, £25 billion (69 per cent) was through unringfenced general grants, where the only expectation of how authorities spend the funding is that it be lawful. A further £7.8 billion (22 per cent) was paid in unringfenced targeted grants, where departments expect, but cannot require, that local authorities spend funding on a specific activity.

The new arrangements inevitably mean that central government departments get less direct information on how the authorities spend government funding. Central government relies increasingly on the system of local accountability for assurance that the funding it gives local authorities is spent in line with Parliament’s intentions and provides value for money. This system includes external auditors, democratically accountable local councillors and the legal duties on local authority officers.

The DCLG is clear that its role is to assure itself that local accountability is effective, rather than to monitor whether spending is value for money. DCLG believes that the system creates the conditions for local authorities to achieve value for money, but the NAO found its monitoring information gives limited insight into whether this is happening in practice.

According to today’s report, tensions remain where government departments continue to specify policy objectives for grants, despite local priorities now taking precedence for how funding can be spent. Departments do not have to monitor directly how local authorities use unringfenced targeted grants, but state their expectations for how these grants are spent. This approach may increase local financial flexibility, but there is a risk that the primacy of local priorities within the accountability system could mean that the departments’ expectations for these grants are overridden locally.

In addition, public funding can come through multi-agency, cross local border organizations which do not fit easily with government’s reliance on the system of local accountability. Local Enterprise Partnerships, for example, can have members from many local authorities, with one authority overseeing how funding is distributed and used.

Today’s report suggests that departments should assess whether continuing to fund local authorities through unringfenced targeted grants is appropriate in the context of a locally-defined approach to achieving value for money.