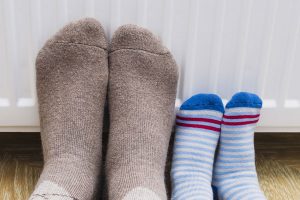 The Renewable Heat Incentive (RHI) is a scheme to encourage a switch from fossil fuel heating systems to renewable and low-carbon alternatives in homes and business premises in Great Britain. Our report assesses the value for money of the RHI for Great Britain.

The Renewable Heat Incentive (RHI) is a scheme to encourage a switch from fossil fuel heating systems to renewable and low-carbon alternatives in homes and business premises in Great Britain. It pays people and businesses money in the form of a tariff for each unit of heat produced from renewable sources. The scheme is funded directly by taxpayers, unlike subsidies for low carbon electricity, which are funded through higher energy bills.

Between November 2011 and August 2017, total payments under the RHI amounted to £1.4 billion. The scheme currently has a budget for new applicants until March 2021. Final payments to these applicants will run to at least 2040-41, by which time these payments are expected to have cost £23 billion.

Our report assesses the value for money of the RHI for Great Britain only. The Northern Ireland RHI does not fall within the scope of this report. 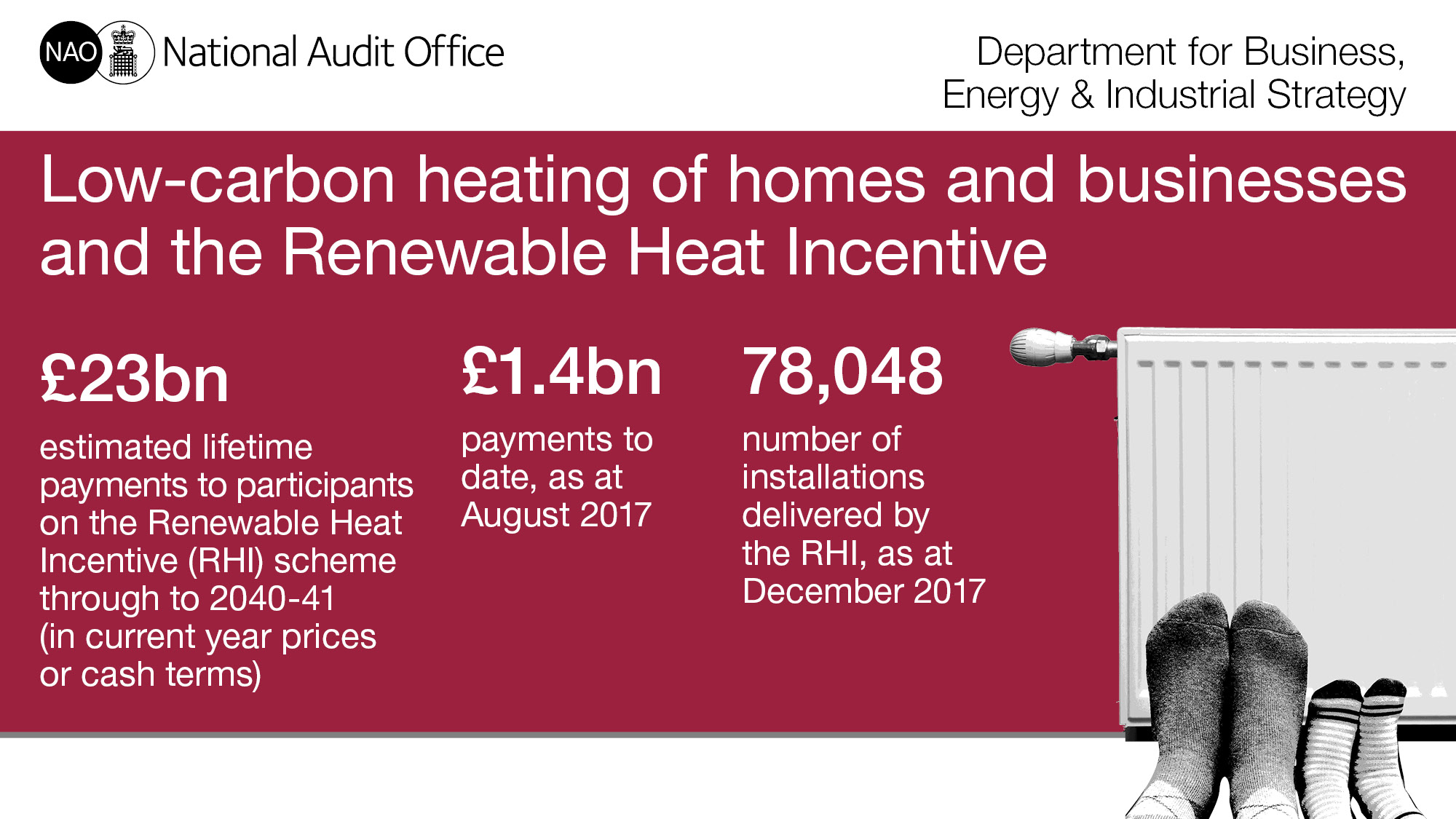 The Department needed to increase rates of renewable and low-carbon heating in order to meet the UK’s legal obligations. The RHI is a novel approach to making progress against these obligations and identifying longer-term options for eliminating carbon emissions from heat production. The Department showed flexibility in rolling out the scheme, adjusting scheme objectives to respond to a changing strategy and over optimistic initial planning assumptions and it is learning lessons for the future. Measures it introduced to control the scheme’s costs have enabled it to avoid the budget control problems that occurred on a similar scheme in Northern Ireland.

However, the Department has not achieved value for money. It does not have a reliable estimate of the amount it has overpaid to participants that have not complied with the regulations, nor the impact of participants gaming them, which could accumulate to reduce the scheme’s value significantly.