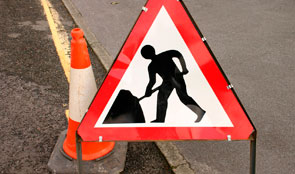 The lack of predictability of funding for highways authorities has practical implications for road networks and may lead to increased costs in the long term.

'Stop/start funding makes long-term planning more difficult for highways authorities. The Department for Transport understands the threat posed to road maintenance from the uncertainty of funding, but establishing a new government company to address the problems will not, in itself, be enough. The Department should work with the Treasury and the Department for Communities and Local Government to address the unpredictability of funding for both the strategic and local road networks.'

Funding pressures on highways authorities have encouraged efficiency and innovation in how budgets for road maintenance are spent, but public value will be lost unless funding becomes more predictable, according to a report by the National Audit Office.

The actual reduction in budget for the Highways Agency, which maintains the strategic road network, will now be seven per cent, rather than the 19 per cent announced in the Spending Review 2010, owing to injections of capital funding which have offset the reductions.

According to the NAO, however, the lack of predictability has practical implications and may cost more in the long term. Historically, local highway authorities spend more revenue on maintenance, but report that they now carry out fewer routine activities such as clearing gullies which are essential to preventing water seeping into roads’ sub-structure. In addition, road maintenance contractors have cited unpredictable income as a disincentive for them to invest in improving efficiency.

The current pattern of funding, combined with the need to spend money within the financial year, means that most road maintenance is carried out between September and March. Although this is less disruptive for road users, it is less efficient than carrying out the work at other times of year because materials can be more difficult to handle in cold and wet conditions, and daylight hours are shorter.

Additional funding for emergency repairs is also made available at the end of the financial year. As a result, almost all highways authorities need extra capacity from the market at the same time, making it less likely that they will obtain value for money.

The Department for Transport is planning to change the Agency’s status to that of a limited company wholly publicly owned by the government, with six-year funding certainty for capital projects and maintenance, and therefore the potential to achieve better value for money.

Although recent data showed that the surface condition of the strategic road network improved between 2003 and 2013, it may be that deterioration has not yet become visible. Road users’ satisfaction with the general upkeep of the network fell by two per cent between 2011-12 and 2012-13 to 91 per cent.