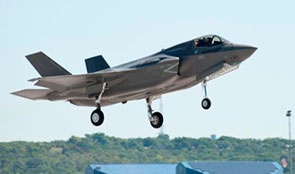 We publish our examination of the assumptions made by the MOD in its annual statement of its 10-year equipment plan.

“Our work on the Equipment Plan reveals a number of positive features, not least the relative stability of forecast project costs and control over in-year variations in approved timings and costs of major projects. The Ministry of Defence has, however, chosen a higher risk approach to managing the affordability of the equipment plan by relying on over-optimistic forecasts of costs and future savings, not all of which might be achievable in reality. The Department will need to be watchful and swift to react if costs start to grow.”

The National Audit Office has today published its examination of the assumptions made by the Ministry of Defence in its annual statement of the affordability of its 10-year equipment plan.

The MOD has removed more than £6 billion from budgets within the Plan in anticipation of achieving significant savings. The largest element of this is the removal of £4.1 billion from the support cost budget. A further £2.25 billion has been removed from the procurement budget. However, today’s report points out that only a limited proportion of the anticipated savings have been achieved so far. If savings are not achieved, the Department will need to adjust its budgets, possibly requiring it to use money set aside for future projects or to delay or cancel existing projects.

The NAO carries out an annual review (The Major Projects Report) of the forecast cost of a range of major defence projects. This year’s review shows that the overall forecast cost of the 11 projects examined has not changed significantly during 2013-14. For the 11 projects within the sample of 17 projects that have moved forward to the demonstration and manufacture stage, the forecast cost of the projects has reduced by £397 million (-0.7%). This was largely down to a reduction in the forecast cost for the Lightning and Typhoon fighter aircraft. There has only been one new significant approval during 2013-14 and no new procurements have been introduced, resulting in a relatively stable portfolio of major projects. The NAO has excluded the £754 million cost increase of the Queen Elizabeth Class Aircraft Carriers, which was reported in The Major Projects Report in February 2014.

The Department overspent by £185 million against its original 2013-14 equipment budget of £13.7 billion, but in order to achieve this the Department tasked project teams with delivering more than £1 billion of items outside the original budget. The total value of the

work programmed exceeded expenditure by £948 million in 2013-14 (compared with £1.2 billion in 2012-13). A detailed review into the causes of the underspend shows that the largest single cause is accounting adjustments. Errors and consequent adjustments involve movements of hundreds of millions of pounds within budgets. This can give a misleading picture of spend and forecasts at individual project level. It is clear that the Department needs to improve its in-year financial management and has established a programme to do so.