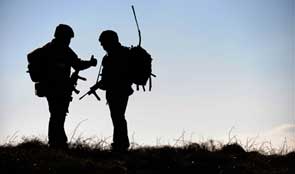 The MoD’s Equipment Plan appears more stable than last year and progress has been maintained, but the Department will need to remain vigilant with regard to future cost increases.

The Equipment Plan looks more stable than last year, and there are indications that it will remain affordable for the rest of the Parliament if this stability is maintained. However, the Department's need to make room in its budget for the support costs of a range of new equipment is just one of the future challenges it faces in maintaining the affordability of the Plan.

The National Audit Office has today published its examination of the assumptions made by the Ministry of Defence in its annual statement of the affordability of its 10-year equipment plan.

The forecast cost of the Equipment Plan 2015 to 2025 is £3.5 billion higher than the forecast cost of the 2014 to 2024 Plan (£166.4 billion compared with £162.9 billion), mainly due to the effect of bringing 2025 into the 10-year planning period. Today’s report found that the Plan appears more stable than last year and that progress has been maintained, but that the Department will need to remain vigilant with regard to uncertainties about future cost increases in high-value projects that are still at an early stage.

The Department was prudent in planning its 10-year Equipment Plan funding in March 2015. However the amounts it actually has to spend in future years will be dependent on the results of the government’s spending review and Strategic Defence and Security Review, due later in 2015.

According to the NAO, the Department’s Affordability Statement should be clearer about uncertainties in the costs within the Plan. The Statement does not explain the range of possible cost outcomes across projects, even though it is good practice to recognize risk and uncertainty when forecasting project costs.

The spending watchdog found that the amount of time slippage across the major projects was lower than the previous year, with one notable exception. In-year time variations during 2014-15 totalled a net 60 months for five out of 12 projects. Most of this was a net 52-month deferment of the final stage of the Core Production Capability Project, to accommodate the production of an additional reactor core for HMS Vanguard and to maintain the capability to supply a further core for HMS Victorious, if required. This could not have been foreseen by the project team and was beyond their control.

The Department spent £14.47 billion in 2014-15, an underspend of £41 million against its original equipment budget, compared with an overspend of £185 million in 2013-14. There is evidence that the Department and its contractors are still underspending as they struggle to carry out planned activities on schedule, which could indicate future slippage in delivering these projects.