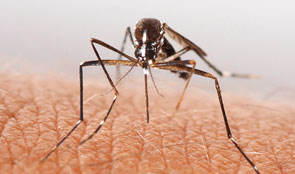 Malaria is a serious health risk. Further progress in the fight against the disease will depend on a growth in commitment and capacity from countries receiving UK aid.

“Global spending on the fight to tackle malaria is peaking, despite an increasing contribution from the UK. The risk is that the progress made so far will stall and that there will be a rapid resurgence of the disease. The Department’s bilateral programmes use proven interventions, such as providing bed nets, and funding the introduction of rapid diagnostic tests and the distribution of drugs. But sustained improvement will crucially depend on changing the attitudes and behaviour of the populations at risk. It is important that the Department influence the governments of countries receiving malaria aid so that their efforts to tackle the disease match its own rising spending.”

Further progress in the fight against malaria will depend on a growth in commitment and capacity on the part of the countries receiving international aid. According to a report today by the NAO, the Department for International Development needs to do more to encourage countries receiving UK aid to strengthen their own health systems so that spending by the Department has a more sustained impact.

Worldwide there has been a significant increase in total funds since 2008 to fight malaria. However, global funding from donors (other than the UK) and host governments is levelling off. Research into previous malaria elimination campaigns indicates that gaps or delays in funding lead to rapid and severe resurgence of the disease.

Though DFID’s bilateral programmes are well-chosen, there are areas where the Department can improve. Since 2010, in the four countries visited by the NAO, the Department has provided 5.3 million bed nets, increasing the number of households owning a net by an average of 23 percentage points. However, usage of bed nets in targeted groups such as young children increased by just 6 percentage points.

DFID has also funded the introduction of rapid diagnostic tests in public health services in five countries to increase the number of people diagnosed before receiving treatment and reduce unnecessary drug consumption.  The introduction of tests in Senegal in 2007 increased the number of people tested for malaria from four per cent to 86 per cent over three years, reducing the number of fever cases prescribed with malaria drugs by 57 per cent. But coverage was incomplete in the countries visited by the NAO, and still lower in the private sector where many people obtain treatment.

An increasing proportion of the UK’s malaria aid is channelled through multilateral agencies, where it is more difficult for the Department to gather reliable comparable data on cost-effectiveness. The NAO would expect to see clearer evidence of a sustained campaign to work with other donor countries to improve the cost effectiveness of spend through multilateral agencies.

Today’s report acknowledges that progress requires DFID to influence more developing country resources while obtaining the best value from its own programmes and the support it gives through agencies. Changing attitudes and behaviour of the population at risk is just as important as the distribution of mosquito nets and anti-malarial drugs to achieve sustained impact.