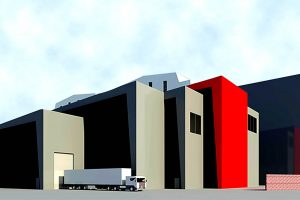 This report examines the Ministry of Defence’s management of its large and complex infrastructure projects at nuclear-regulated sites.

The Ministry of Defence (the Department) maintains a submarine-based continuous at sea nuclear deterrent to support the government’s national security policy. To do so it relies on a network of equipment, people and infrastructure, often referred to as the Defence Nuclear Enterprise (the Enterprise). The infrastructure includes sites critical to producing, installing, operating, maintaining and disposing of nuclear reactor cores and weapons. These are known as nuclear-regulated sites (sites). Some, but not all, sites are owned by the government, with several of the most significant ones owned or operated by contractors. For these sites to operate, independent regulators must provide assurance that they, and the facilities within them, can safely handle nuclear materials.

The Department currently has a number of large and complex construction projects for facilities at nuclear-regulated sites. We examined three projects, currently valued at £2.5 billion, where construction has already started:

Against this background, this report examines:

To maintain the continuous at sea deterrent, the Department must complete three critical infrastructure projects, valued at £2.5 billion, on its nuclear-regulated sites. It has made some progress, with the MENSA facility to assemble and disassemble nuclear weapons and the CPC facilities now taking shape. However, these three projects experienced problems in their earlier and riskier stages, with a cumulative £1.35 billion cost increase and delays of between 1.7 and 6.3 years. Given the interdependencies across different elements of the Nuclear Enterprise, such delays have broader implications which the Department must manage.

The challenges with these projects were not unique. It is therefore disappointing to see that in their early days the Department made the same mistakes, also experienced by others, as were made more than 30 years ago. To secure value for money, the Department should have managed the inherent challenges of these projects, such as not starting construction too soon and allowing some flexibility, as well as addressing the risk of not having a statutory role to agree cost-effective designs. In not doing so, the Department’s early management of these projects has not delivered value for money. More recently, the Department has started to get to grips with the challenges through revised commercial, regulatory and governance arrangements, although it is too early to tell whether these will be effective.