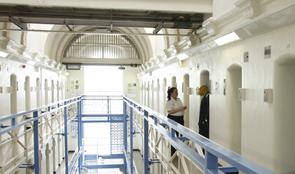 The Home Office has made slower progress than expected in managing foreign national offenders, despite increased resources and tougher powers.

“It is no easy matter to manage foreign national offenders in the UK and to deport those who have completed their sentences. However, too little progress has been made, despite the increased resources and effort devoted to this problem.The Government’s focus on preventative measures and early action is promising, but it has only just started to exploit these options. It needs to build on the momentum of its recent action plan, in particular taking advantage of relatively inexpensive and straightforward opportunities to make progress.”

Despite increased resources and tougher powers, the Home Office has made slower progress than expected in managing foreign national offenders (FNOs) in the UK and in removing them to their home countries. Today’s report by the National Audit Office highlights the fact that the number of FNOs in prison and the number deported from the UK have remained broadly unchanged since 2006.

With regard to prevention and early action, the Government did relatively little before December 2012 to tackle the problem of potential FNOs entering the UK. A new 2013 action plan has focused efforts on this aspect of prevention but it lacks a structured and informed approach. The Department is looking at better use of intelligence databases and has changed its immigration rules, but progress in modernising its border information system – the Warnings Index – has been slow. The NAO estimates that £70 million could be saved each year if all early identification opportunities were seized and acted upon.

Today’s report recognizes that the barriers to removal are considerable; these include FNOs exploiting legal and medical obstacles to removal. However, the spending watchdog identifies measures and opportunities for making progress which are not being maximized. NAO analysis of 1,453 failed removals in 2013-14 indicated that at least a third might have been avoided through better co-ordination of the bodies involved and fewer administrative errors.

Greater use of early removal schemes could also save money. The NAO estimates that the 37% of FNOs who left as part of the Early Removal Scheme in 2013-14 saved £27.5 million, by reducing the average number of days spent in prison by 146. The Department and Ministry of Justice do not use cost data to manage FNOs. The NAO estimates that, in 2013-14, public bodies spent £850 million on managing and removing FNOs – around £70,000 per FNO.

The Department has made limited progress since 2006 in removing FNOs who have completed their sentences. At the end of March 2014, more than one in six FNOs living in the community (760) had absconded, up 6% since 2010. Furthermore, 395 absconders have been missing since before 2010, of which 58 are high harm individuals. Despite the 2006 crisis, the Department did not keep records of FNOs released without consideration for deportation before January 2009, and estimates 151 FNOs have been released without consideration since then.