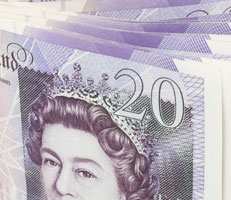 The Government's ability to show that its spending decisions represent the best value for money is being hindered by the patchy availability of good information.

“Good budgeting is an integral part of delivering any activity successfully and comparing actual results with what was planned. This needs more focused attention within government, particularly at a time when there is significant pressure on public spending and change across the public sector.”

The Government’s ability to show that its spending decisions represent the best value for money is being hindered by the patchy availability of good information.

Today’s report by the National Audit Office shows that many aspects of government budgeting compare well with good budgeting  practice – particularly in support of the Treasury’s objective to control spending.   The system is less effective at addressing objectives for prioritization of public spending and delivery of value for money across government.

In 2012-13, the Government expects to spend £683 billion. The Treasury designs and manages the Government’s budgetary system; departments manage their spending within the rules Treasury sets. Its spending review 2010 (SR10) and subsequent annual budgets have focused on reducing spending to tackle the fiscal deficit. The NAO estimates that SR10 cost departments and the Treasury around £20 million to administer.

There were improvements in the last spending review to how spending on capital projects was allocated. However, the approach to prioritizing resource spending, which represents nearly 90 per cent of all controllable spending, was less structured.  Departments were initially unable to supply all of the information Treasury requested.  While the Treasury made efforts to close information gaps during the review, the scope and quality of departmental data varied. In particular, information on the cost-benefit of resource spending was patchy and often made comparisons within and between departments difficult.

The NAO has also found that the departments only weakly integrate budgets with their corporate operational plans. The budgetary system encourages departments to bid for funds based on their specific needs, and does not promote cross-government working.

There are promising budgeting developments in some departments, including innovative methods of internal challenge, improved aspects of external challenge and strengthened links between performance and spending. However, the Treasury could still play a greater role in helping each department learn from the experience of others.

The Treasury’s main contact with departments is through spending teams which make valuable contributions to spending control. However, their ability to challenge proposals is hampered by limited information and high staff turnover – with only eight out of 52 staff members still in place 20 months after SR10.