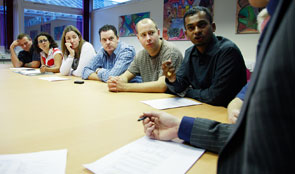 The Department recognizes the potential for conflicts of interest in the new system for NHS commissioning. Public confidence that conflicts are well managed will be vital.

The National Audit Office has published the findings from its investigation into managing conflicts of interest in NHS clinical commissioning groups. All GP practices are members of their local CCG. Within each CCG, some GPs are members of their CCG’s board – its governing body. Under these arrangements there is potential for some GPs and their colleagues to make commissioning decisions about services they provide, or in which they have an interest. Where this is the case there is a risk that commissioners may put, or be perceived to put, personal interests ahead of patients’ interests.

To promote public confidence that conflicts are well managed, CCGs will need to ensure transparency at the local level when making commissioning decisions. In addition, NHS England will need to be satisfied that it has sufficient and timely information to assure itself that CCGs are managing conflicts promptly and effectively.